NASA celebrates first ever powered flight on another planet, as Ingenuity helicopter rises above Mars 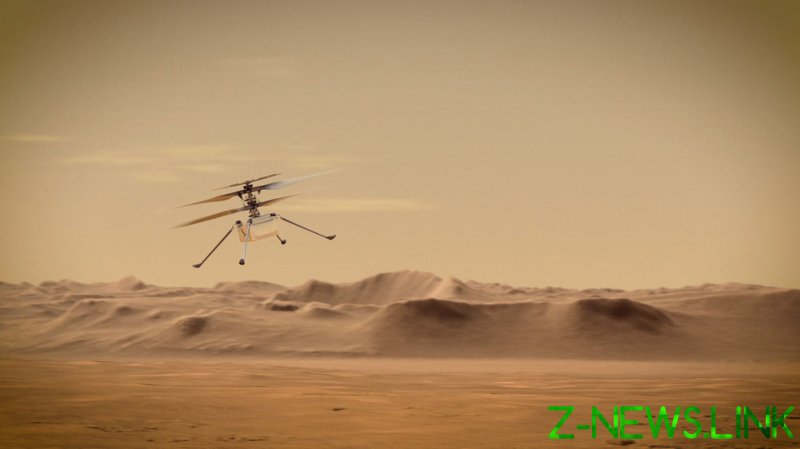 Footage beamed back to the agency from a satellite orbiting the Red Planet showed the helicopter briefly rising above the surface of Mars at around an altitude of three meters, before landing safely near the Perseverance Mars Rover.

The historic moment was met with cheers and applause from the agency’s staff, as the first of many test flights was completed. NASA has said that more will now follow, as engineers and scientists seek to test the limits of the technology on another planet.

Speaking after the event, MiMi Aung, the Ingenuity project manager at NASA’s Jet Propulsion Laboratory, proudly declared that “We can now say that human beings have flown a rotorcraft on another planet.”

The difficulty faced by the aircraft is that the atmosphere on Mars is significantly thinner than on Earth, posing challenges for the rotor blades, which need to gain traction to get airborne. The team at NASA is seeing how this impacts on the craft when you take into account the lower gravity level, which helps to lift the machine.

Ingenuity was sent to Mars with the Perseverance Rover and will now complete a series of tests throughout a 30-day window of opportunity, lasting until mid-May. The aim of the experiments with the 1.8kg craft is to examine the potential for future exploration on other planets throughout the solar system.