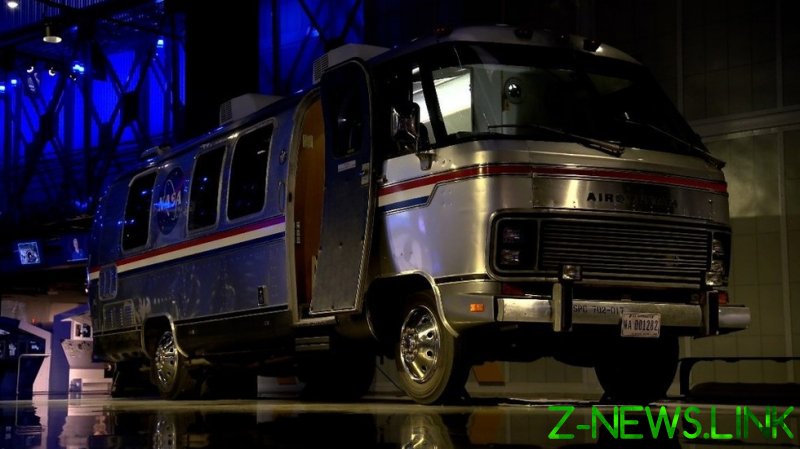 Astronaut transfer van, or Astrovan, was used to drive astronauts to and from the launchpad during the Space Shuttle era, while its predecessor delivered astronaut crews of several Apollo missions. The shiny silver Shuttle-era vehicle became so well-liked by the crews that astronauts reportedly objected to it being replaced, and it firmly became part of American space traditions.

However, NASA ultimately found the modified 1983 Airstream Excella motorhome to be too old to be taking part in its new Artemis program, with its ambitious goal of returning humans to the Moon.

The space agency put a word out to “private companies,” asking for suggestions on a worthy replacement for the historic transport. A NASA statement made a point that “the proposals should be unique, embrace new technology, and visually embody Artemis to the public.”

However, when news of this reached Twitter, many non-corporate commenters chose to lend a helping hand to NASA, too, with many of the suggestions ending up truly “unique.”

Some insisted that the astronauts should drive something like Eagle 5 Camper Van from “Spaceballs” comedy flick, or Harry’s Dog Van from “Dumb and Dumber,” or even the massive War Rig from the latest “Mad Max” movie.

Several people shared the belief that the Wienermobile, used to advertise meat products from Oscar Mayer, would be just perfect to “visually embody Artemis to the public” – and the company was happy to oblige, tweeting “Hey, @NASA we got you.”

Others urged NASA to go fully green and put the astronauts in their spacesuits on a multi-seat bicycle or resort to a horse-driven carriage.

A number of commenters said that NASA, which now relies on Space X to deliver its astronauts to orbit, need not go far and just use Elon Musk’s Teslas.

One genius suggested that instead of potentially spending millions on developing a new vehicle, the agency could simply settle for a regular bus.

“Expect a protest, though. Seems immensely complex and high risk,” one commenter responded in a stinging reference to Jeff Bezos’ Blue Origin criticizing Elon Musk’s SpaceX Starship, which has won the $2.9 billion NASA contract as part of the Artemis mission.