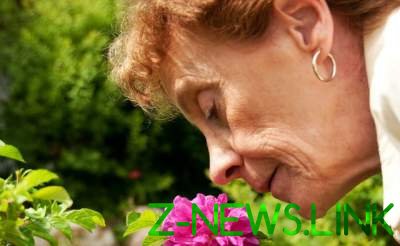 Scientists from the University of Michigan has stated that elderly people with a poor sense of smell, the risk of death in the next 10 years after the test is much higher than the rest.

In the study, scientists, which began in 1997-98, was attended by about three thousand elderly people whose age at the time was 70-79 years. 2300 of them in the beginning of the study had passed the test of smell. They had to identify 12 common odors and passed re-testing until 2014, or until death, whichever comes first. During the 13 years of the study died of 1200 subjects.

It turned out that people with a bad sense of smell, the risk of death within 10 years was 46% higher than the other. The researchers also noted that the deterioration of the sense of smell was quite effective indicator of risk of premature death for people with good health.

In addition, the researchers noted that 28% increased risk of death may be associated c with Parkinson’s disease, dementia and uncontrolled weight loss, which can also be associated with impaired olfaction.