Named the place of Ukraine in the world rating “bezveze” 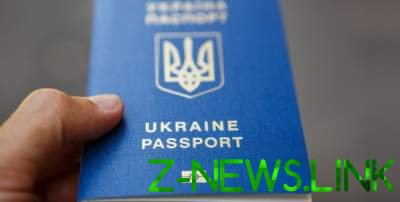 Ukrainians can visit without visas 128 countries.

In the first three months of 2019 Ukraine has risen in the ranking of world passports from 41st to 40th place, but at the same time, the number of visa-free countries has remained the same – 128.

This is evidenced by published on 8 January 2019 the company Henley & Partners updated Index of passports, which reflects recent changes in the visa-free regime with all countries of the world.

According to the updated rating, 40-th line with Ukraine divide Nicaragua and Tuvalu. At the 39th place is Vanuatu from 129 visa-free countries.

The first place in the Index was shared by Japan, Singapore and South Korea. The citizens of these countries can visit without a visa or with visa on arrival, 189.

The UK and the US are increasingly moving away from the first place that they occupy in 2015. So, UK is now at the 5th place (of 185 countries without a visa), USA – 6th (184 countries). However, Brexit has not yet influenced the UK position in the Index. The loss of the country’s position in the ranking is associated primarily with the improvement of the results of Asian countries.

At the same time the passports of the countries in which operate the program of obtaining citizenship through investment, occupy high positions. Malta for three months, rose from 9th to 8th place in the rating. It is ahead of Australia, Iceland and New Zealand. The results of Cyprus has not changed: 16-th place, and the 173 countries without a visa. Montenegro, which should launch its investment program in the coming months, rose 19 lines in 2009, and is now in 43rd place with an index of 124 countries.

But at last, 104-th place of the ranking was the troubled Iraq and Afghanistan – they have only 30 visa-free countries.

Index of passports of Henley & Partners, formerly known as the Index of visa restrictions, is an international ranking of countries in terms of freedom of movement they provide to their citizens. The index has been published since 2006 in cooperation with the International air transport Association (IATA), which maintains the world’s largest database of tourist information. More details of the ranking and methodology can be found here.