Named the most vulnerable to viruses Android smartphones 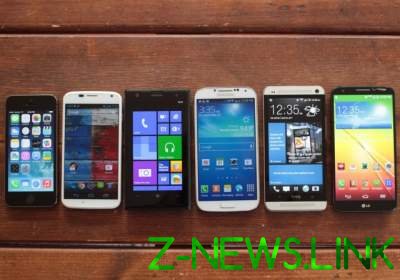 Experts found out which of these phones are most vulnerable to the attack of viruses.

When selecting an Android smartphone, you need to be careful.

Firmware and application in dozens of popular Android smartphones manufactured by LG, Asus, Essential, ZTE, Sony and other companies initially contain critical vulnerabilities. Experts on cyber security Kryptowire found that serious errors are subject to not only a budget device, but models of major brands such as LG G6, Nokia 6, ASUS ZenFone 3 Max and the Sony Xperia L1.

At fault against manufacturers of Android-smartphone can be conducted to attack the various “severity”: from the creation of screenshots and intercept keystrokes to a complete takeover of the gadget and getting to it root access. Kryptowire report, prepared with the financial support of the Ministry of internal security of the United States, was read at the conference Black Hat in Las Vegas.

See also:  Named car of the year in Ukraine

The presence of “holes” due to the open nature of Android, which allows third parties to modify the code to change the behavior of the system and even create a completely separate version of the OS. As a result, the firmware and applications that predustanavlivat on smartphones, due to an oversight can be made critical errors, writes Wired.

As explained by the head Kryptowire Angelos Stavrou, “a lot of people in the supply chain want to add your own applications, change, and code that leads to an increase in the attack surface, increasing the likelihood of making a software error”.

Experts report that a very dangerous bug was found in Asus Zenfone V Live: in his system they found the flaw, which allows attackers to spy on users and read and even change the text of the transmitted message. The company Asus has stated that it is aware of recent security issues and are working to eliminate them.