Home / Science and technology / Named the most useful gadgets in 2017

Named the most useful gadgets in 2017 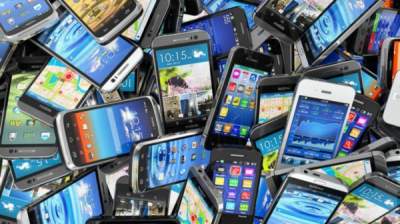 The outgoing year was remembered by the public not only because of the negative moments, but was a period of discoveries and new things in technology.

Experts argue among themselves and make numerous ratings, one of them was a list of the top gadgets of 2017. Got here not only smartphones, but also a variety of headphones, batteries, and other developments, left a trace in the history of new technologies.

Rankings are due to several factors, one of which is the opinion of experts and specialists in these fields, and another factor – is directly the opinion of the users who became owners of new devices. Noted that the most important invention in 2017, some consumers were pleased and some disappointed, but they are all worthy of attention, anyway.

The main and most anticipated premium smartphone this year was the iPhone X, and the company tried to meet all expectations and hopes of buyers. The flagship advertised throughout the year, insiders for each other published information about the device, and finally iPhone X appeared on the market widely available. A distinctive feature of the gadget became some of the features in the form of gesture control, unlocking with the help of face scanner, and almost edge-to-edge display with no home button. Overall, the smartphone has pleased buyers, but on the other hand there were many negative reviews said about the inflated price and the flaws that should be corrected.

Not so expensive, but no less interesting in 2017 was the Samsung Galaxy S8, and started selling it in the spring. Experts pointed out this is the device that is no accident, because here are all the best, and the ratio of price and quality puts the flagship for one of the highest ranking among the leaders. Galaxy S8 can compete with Apple sample, and the resolution of its screen even surpasses competitor. The camera quality of the gadget is also very happy, and brings development to a leadership position in today’s world it is very important. Now in Russia the cost is about half of the price the anniversary of the iPhone X.

Among budget devices also have their standard products, this can be attributed to Xiaomi 5A, which is worth about 6 thousand rubles. In this case, the manufacturer provides the customer with a one year guarantee, and can offer the most powerful for its level smartphone with good camera and quality design. A bit more expensive can cost the buyer a Meizu M6, but it has a larger screen, a few of the strongest camera and a capacious battery. The budget smartphone offers a special screen button.

Collectively, the past year has pleased consumers and it is expected become new products, planned for release next year. Separately marked the struggle for supremacy among companies like Apple and Samsung, because the second already managed to compensate for the failure of Galaxy Note 7 and other slightly missed the jubilee iPhone X. soon we will know which brand will be most in demand and expectations of users.