Home / Medicine / Named the most dangerous group of blood

Named the most dangerous group of blood 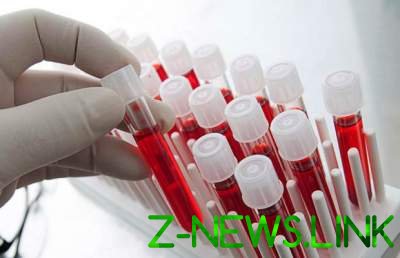 People with a fourth blood group (AB) were particularly likely to develop problems with memory and thinking.

Blood groups are determined by the presence of certain antigens in the membrane of erythrocytes. Fourth blood group (AB) is very rare and occurs in approximately 4% of the world population.

Scientists from the medical College at the University of Vermont in the past 3.5 years have seen the health of more than 30 thousand people. Data 495 people, who after the start of the study showed signs of impaired memory and cognitive disorder, were compared with 587 people who had no such problems. The analysis showed that in people with first blood reduced the risk of developing cardiovascular diseases, which increase the likelihood of memory problems and dementia.

Doctors noted that people with blood group AB, on the contrary, were 82% more likely to develop problems with memory and thinking than people with other blood group. Scientists have also studied the level of the VIII-th factor – coagulation of blood of study participants.

As it turned out, this rate is the highest in people with the fourth blood group.