Home / Travel / Named the most dangerous and safest countries for tourists

Named the most dangerous and safest countries for tourists 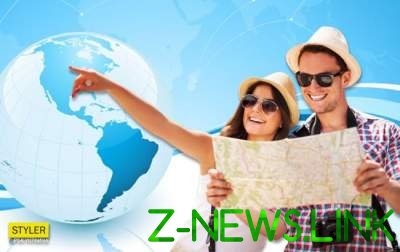 Part of Egypt – a threat to the public, and in Yemen it is not worth to go

The world’s largest company providing medical and travel security services International SOS conducted a study of Travel Risk Map 2018, where outlined are the safest and most dangerous countries for tourism and travel. The rating itself, according to the authors of the study built on safety and threat assessment of such factors for travellers as political violence (terrorism, insurgency, politically motivated unrest and war), social unrest (including sectarian, communal and ethnic violence) as well as violent and petty crime in the country). Also takes into account other factors: the reliability of the transport infrastructure, effectiveness of security services and emergency assistance, the country’s vulnerability to natural disasters.

Ukraine in the rating is evaluated as a country with medium risk for travelers and their health. If anything, most of the country marked as medium risk, but the Eastern part, or rather the Donetsk and Lugansk regions identified as unstable land and gave them the level of extreme danger. The response from scientists is clear: “there is Almost no power, law and the traveler can attack armed people” – described the situation in the East of Ukraine. The authors of the study believe that poor transport structure and low efficiency of the security services could damage the tourist trip.

Average got almost all post-Soviet countries due to periodic protests by force. The status of medium risk got certain parts of the Congo, Nigeria, Sudan, Mali, Egypt and Pakistan. The most dangerous are Somalia, South Sudan, Central African Republic, Libya, Yemen, Afghanistan. But the safest countries for tourism researchers have called almost all the countries of the European Union. Quite comfortable to travel in Iceland, Norway, Denmark, Finland, Greenland and the Seychelles. In addition to the political situation and transport infrastructure, as a separate item, the study authors estimated the health risks.

“Looked at a number of factors: environment, standard of local medical care and dentistry, access to prescription drugs, the risk of serious infectious diseases and cultural, language or administrative barriers”, — explained in International SOS. Experts have identified five levels of risk in the field of health. Ukraine, like most countries received the status of “adequate but limited access to medicine.” This means that there is a risk of diseases associated with food or water.

In the list of most dangerous countries, where it is possible to catch malaria or fever denge, includes countries such as Yemen, Somalia, South Sudan, Afghanistan, Iraq, Syria, CAR, Libya, Nigeria, North Korea, and many other unstable regions. Post-Soviet countries were divided into several categories. The average risk was Ukraine, Belarus, Moldova, Lithuania and Latvia.

Tajikistan and Turkmenistan were in the high risk group, but Russia and Kazakhstan – the group of “rapidly developing risks.” In these countries, according to the authors of the study, medicine is available only in large cities. In 2017, Ukraine’s foreign Ministry gave the Ukrainian travelers only 21 warning. Most of them are connected with those countries where there was deterioration in the weather conditions and the protest situation that could threaten tourists.

In November 2017, travelers are advised not to travel to Zimbabwe, as the capital of Zimbabwe –Harare – a military coup.