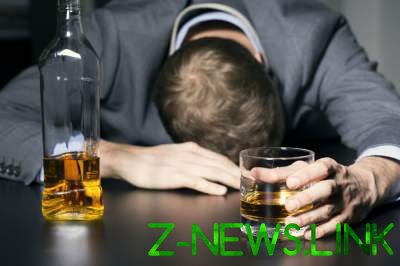 The main reason for brain abnormalities

A morbid tendency to the use of alcoholic drinks is developing in connection with changes in the brain caused by a particular chain of neurons.

This hypothesis was put forward by biologists from Sweden (Linkoping University) after experiments with rats-alcoholics.

Brain abnormalities in question, cause the body to assume alcohol is delicious and nutritious – so much so that alcohol is perceived even more delicious sweets. This feature is stronger than any will.

“When a person has formed an addiction, it is usually well aware that it hurt him and most likely will cause death. But there’s nothing he can do about this problem: because of the “breakdown” in the brain, he loses willpower and continues to drift,” said the researchers.

Their experiences with drinking rats showed that 15% of rodents tried to get alcohol even though the drinking was accompanied by a shock. According to scientists, among people with alcohol dependence about the same “real” drunkards, whose craving for alcohol cannot be disabled volitional or behavioral measures.

Studying the brains of rats allowed them to assume that “break” of the brain, which is formed alcohol dependence, leads to reduced activity of a gene, GAT-3, and entails a lower production of inhibitory neurotransmitter (gamma-aminobutyric acid) is responsible for the inhibition of the Central nervous system. Survey people also showed that alcohol-dependent levels of GAT-3 in the region of the tonsils are lower than those who are not suffering from alcoholism.

Thus, experts believe, is the basis for drugs for the treatment of alcoholism should be of a substance that activates the gene GAT-3.