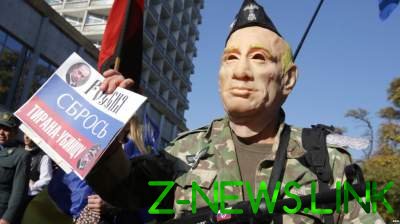 The reason for the invasion can be almost anything.

Summer – autumn 2018 are extremely dangerous for Ukraine in the context of a possible full-scale aggression of Russia against Ukraine.

About it in his column on the newspaper’s website Crimea.Realities wrote a Crimean political analyst Sergey Stelmakh (name and surname of the author changed for security purposes).

According to experts, an accurate indicator of impending invasion will be massive movement in the Crimea strike units of the Russian army.

And the reason for the invasion can be almost anything.

“Another “Ukrainian saboteurs”, staged terrorist attack in any city of the Peninsula and even the water problem. The Crimea is slowly dying from dehydration, that Moscow has repeatedly drawn attention. Or the flimsy threat of “people of Donbass” from the Ukrainian security officers”, – the expert wrote.

Even if Russia will not start a large-scale offensive, the military threat will still remain.

“In any case, summer-fall 2018 may be very “hot” for Ukraine. The strategic goal of the Kremlin remain unchanged. First, the Russians plan to gain political control over Kiev, and then gradually eliminate Ukrainian statehood. In the spring of 2014 in the Kremlin believed that can destroy Ukraine hurriedly, “bite” of Crimea and flooding the East of the country terrorists and saboteurs”, – Stelmakh noted.