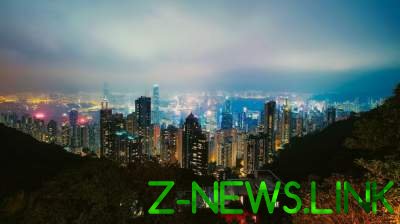 Living in Delhi is dangerous to health.

British newspaper the Telegraph called the most polluted cities of the world, which is not recommended to visit due to serious health risks.

The world health organization in early November reported that air pollution in Delhi have exceeded safe limits by nearly 30 times. The concentration of harmful particles smaller than 2.5 µm (PM 2,5) exceeded 700 micrograms per cubic meter. Such particles smaller than the diameter of a human hair. These include dust, ash, soot, and sulfates and nitrates. Such substances cause turbidity of the air, typical for the largest cities.

For comparison, the highest rate in London is 69 micrograms per cubic meter. Some Delhi residents could compare, who stands in the city, with the gas chamber.

The leader in this list the Iranian city of Zabol at an annual rate of 217 g/m3. In second place is the Indian city of Gwalior. The top five also included the Indian Allahabad, Riyadh and al-Jubail in Saudi Arabia.

The most polluted countries in the world according to who are Pakistan, Qatar, Afghanistan, Bangladesh and Egypt. In Europe, the least pure air in Turkey, Bulgaria and Serbia.

The least polluted countries are Australia, Brunei, New Zealand, Estonia and Finland. And the cleanest capital in the world recognized as the Stockholm. In this country since 1990-ies of carbon dioxide emissions reduced by 25%. But by 2050 year the government plans to abandon fossil fuels. Also the clean air can boast Wellington, Canberra, Ottawa, Edinburgh, Montevideo, Tallinn, Helsinki, Monaco and Madrid.