Named the best cars for women 2017 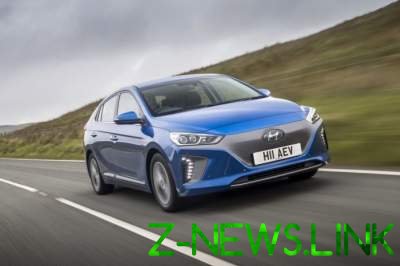 On these machines you should pay attention to all the girls.

Hosted the annual contest “Best female car”. In 2017 the jury of the contest included 25 women from different countries who work in the largest automotive media.

The evaluation was conducted according to several criteria, among which:

This year the best women’s car was voted the Hyundai Ioniq. The car made its debut in 2016. The model is offered in the form of a classical “hybrid”, “hybrid”, with the possibility of recharging the batteries from a household outlet, as well as with a fully electric powertrain.

See also:  Lamborghini back to life the car from the "Robbery in Italian"

Electric Hyundai Ioniq is in the TOP 10 electric vehicles on the reserve: in the rating of electric car ranks ninth. On a single charge the car can travel about 200 kilometers.

In Ukraine Hyundai Ioniq was presented in 2017. Picking and Ukrainian prices for Korean electric car can be found at this link.

In the second place Mazda CX-5, which was recognized by the jury as the best family car. In Ukraine, the CX-5 is in the TOP 10 of popular crossovers.

BMW 5-Series was the winner in the category “Best luxury car”.

For the Ford Fiesta remained the title of “Budget car”. In Ukraine, a Fiesta is in the TOP 30 of cheap cars. In the base hatchback costs around $12 000.