Named one of the 20 most successful companies in Ukraine 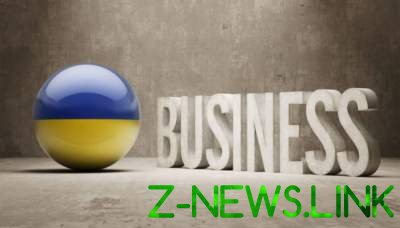 Analysts ranked the TOP 20 most successful companies in Ukraine.

The rating was a special edition InVenture. Evaluating the success took into account such factors as: the size of income and amount paid in taxes and fees over the past two years, the leading positions in their respective industries, scale of influence on the socio-economic situation in Ukraine.

In the top ten were:

Manufacturer of alcoholic beverages “BAYADERA Group” (Natalia Bondareva). The company employs more than 6 thousand people. In 2017, the turnover of “BAYADERA Group” made up of 6.5 billion UAH, which is 14% more than in 2016. Paid taxes and duties was UAH 2.95 bn, of which excise duty was 2.13 billion.

See also:  They changed the world: the famous doctors of Ukraine. Photo

Manufacturer of chicken meat “Nasha Ryaba” company “Myronivsky Hliboproduct” (Yuriy Kosyuk). Agro-industrial holding MHP has grown from a grain trader MHP and is a vertically integrated company engaged in plant growing, feed production, poultry raising, meat processing and other activities. Through the use of advanced technology, intensive investment, using the best global practices of cultivation, a strong management team and favorable geographic location of the land (the optimum amount of rainfall, quality of land, etc.) productivity and other performance indicators of cultivation is much higher than average in Ukraine.

Ukrainian cinema network “Multiplex” (Anton Pugach). The company “Multiplex-holding” was founded in 2003 and since 2009 holds a leading position in the theatrical market of Ukraine. Now, the company’s share on the market is 36%, is the share of the film distribution market. “Multiplex-holding” operates 23 cinemas (the total number of rooms 129) in 15 cities of Kiev (six cinemas), the Dnieper river, Kryvyi Rih and Cherkasy (two), Zaporizhia, Mykolaiv, Kherson, Kharkiv, Khmelnytskyi, Zhytomyr, Mariupol, Chernigov, Lvov, Poltava, Lutsk. Coming soon the opening of the cinema in Odessa. Daily cinema Multiplex conducted 750 sessions, which are attended by 25 thousand spectators.

Industrial group Group DF (Dmitry Firtash). Group DF (group Dmytro Firtash) argues that work at its enterprises 100 thousand Ukrainians. Its nitrogen business is represented by OstChem holding, which ranks third in the world in terms of production of nitrates, the fourth ammonia and 12th – urea.