Named as the most popular gadget of 2017 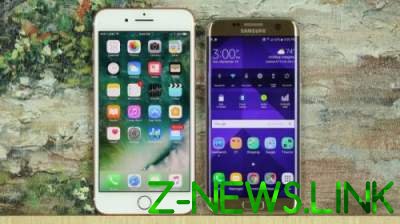 Analysts acknowledged the iPhone most popular high-tech product of the year.

The creation of Apple was ahead by a wide margin from closest competitors. According to the experts, Apple gadgets was able to sell more than all the goods located on the second or fifth spot.

One analyst Daniel Ives suggested that in 2017 the number of smartphones sold by Apple will reach 223 million, 12 million copies less than last year. Second place in the ranking of the most popular devices is Samsung products. The total number of copies sold Galaxy Note8 and S8, according to the expert, will be 33 million. It is assumed with high probability that this figure does not seem objective to Samsung, after all the rankings, the experts took into account absolutely all devices “Apple” of the Corporation, and counting the number potentially devices sold by Korean firms, analysts take into account only two models. Besides glasses Samsung did not add the fact that the device Galaxy Note 7 has been withdrawn from sales.

Bronze prize-winners of the rating were devices from the Amazon Echo Dot. They were sold in the amount of 24 million units, which, according to experts, has contributed to the decline in prices. In the fourth position is occupied by “smart watches” from Apple with 20 million copies. Rounding the top 5 of the Japanese firm Nintendo Switch. The market had sold 15 million devices from this manufacturer.