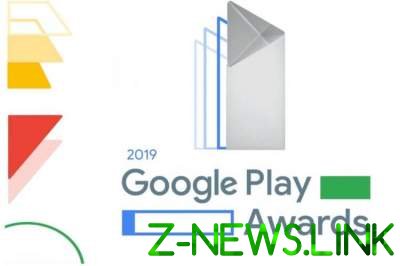 Solemn event dedicated to 2019, will be held on Monday, may 6

In addition to the usual lists of the best titles in the Play Store in various categories such as applications, games, movies, TV shows and e-books, Google already took the habit to advance a little less well-known apps and games for Android as part of the prize, dubbed the Google Play Awards.

Solemn event dedicated to 2019, will be held on Monday, may 6, just a day before the start of developer conference Google I/O in mountain view, where the search giant will unveil the next version of Android and a couple of new smartphones line Pixel. At least, we hope that Google will tell us more about your next “pixels”, because while all the information online about them says that practically nothing in comparison with the previous generation will not change.

While experts within the walls of Google work tirelessly choosing the winners Play 2019 Awards in nine different categories offer you to download some of the nominated apps and games and decide for yourself which ones are worthy to be called the best and which are not.

Interestingly, Google has two categories, fully dedicated to mobile games, one of which recognizes “the overall design, usability, engagement and retention user for gameplay”, and the other focuses on the professionalism of the developers who “create unique art visual effects thanks to its crediteven imagination and the use of advanced function graphics API”.

What is surprising is that all five games nominated for “the best revolutionary game of the year”, you can download free, including popular around the world Garena Free Fire (over 100 million downloads), causing a feeling of nostalgia MMORPG called Old School RuneScape, and several representatives of the popular franchise (Harry Potter: Hogwarts Mystery MARVEL Strike Force and Star Trek™ Fleet Command).

Three “the beautiful game” you can play for free (Asphalt 9: the Legend of Badland Brawl and SHADOWGUN LEGENDS), while CHUCHEL (STUFFED) and Gorogoa will cost you a few hundred rubles for each. But buying the last two games you can absolutely rely on interesting humor and “great hand-drawn gameplay”.

Among other candidates that are worth mentioning, there are applications such as Kinedu and My Oasis is in the category “applications that enhance the well-being,” Envision AI and TintVision among the candidates for “best user experience”, Wisdo and Think!Think!as the “best social app”, and Pluto TV Tubi TV under “best apps for living”, Tick Tock (no, not that one) for the award in the category “most creative application” and Tasty from BuzzFeed, claiming the “best information application”.