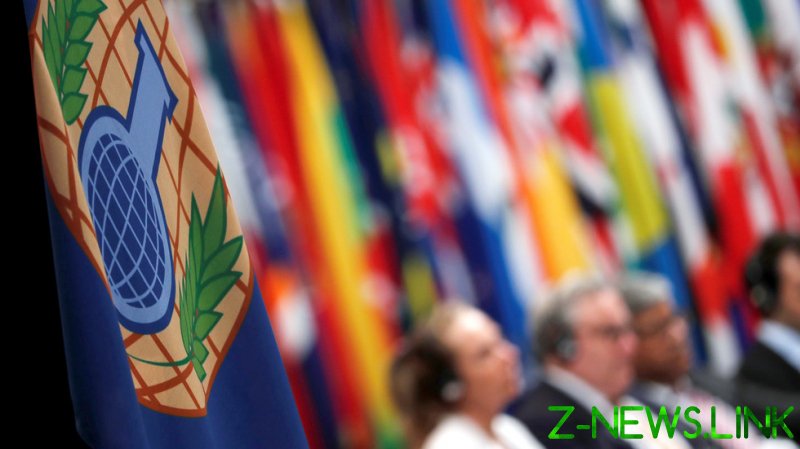 If it’s confirmed that the OPCW experts were sent to Germany almost immediately after the Russian opposition figure felt unwell on a plane over Siberia last year, that would mean that the whole narrative was “orchestrated … with obvious goals,” from the very beginning, Russia’s envoy to the chemical weapons watchdog, Aleksandr Shulgin, told RT.

Presented at the 97th session of the organization’s executive council earlier this week, the document states that the OPCW sent a team of experts to Berlin at Germany’s request to deal with a possible “poisoning of a Russian citizen” on August 2020.

On that day, Navalny was flying from the Russian Siberian city of Tomsk to Moscow and fell ill while onboard. He was then rushed to a hospital in another Siberian city of Omsk following an emergency landing. Yet, there, the doctors found no traces of any particular chemical agent in his body and no evidence to confirm any suspicion of chemical poisoning.

Navalny would have been transferred to a Berlin clinic on his family’s request only two days after his initial hospitalization. It was only on August 24 when the German doctors said that the results of clinical studies indicated he had been poisoned with a cholinesterase inhibitor.

Moscow has demanded the OPCW provide a “clear explanation” to the data presented in its report. According to Shulgin, no reasonable explanation was presented to date and the chemical watchdog only said that it might have been “some sort of a technical failure.”

The Russian envoy to the OPCW said that Moscow has “little doubt” the information presented in the report is genuine, adding that this “could mean only one thing: this whole unsavory story holds no water.”

Shulgin, however, believes that Russia would hardly find many who would agree with such a conclusion even in light of the new information revealed in the OPCW report.

After all the leaders of a whole range of western nations said on this issue, it would be extremely naive to expect that they would do anything to review their version of ‘poisoning’.

The Russian envoy to the OPCW also said that Moscow faced immense pressure when trying to get to the bottom of this story. Russia was denied legal assistance and slapped with sanctions, he said, adding that the western nations also violated their commitments under the Chemical Weapons Convention since it says parties should hold bilateral consultations to resolve all the disputable issues.

Berlin was quick to state Navalny was poisoned with a ‘Novichok-like’ substance – a reference to the infamous chemical agent supposedly used to poison former Russian double agent Sergei Skripal and his daughter in the UK in 2018 – citing the evidence obtained by the German military as well as analysis from two laboratories in France and Sweden.

Germany was soon joined by France and the UK that also demanded explanations from Moscow and later called for sanctions alongside Berlin. The top diplomats of the US, Germany, France, Canada, Italy, Japan and the UK also demanded Moscow “urgently” investigate the what they call “confirmed poisoning” of Alexey Navalny in a joint G7 statement in September 2020.

Berlin, meanwhile, ignored at least four formal cooperation requests from the Russian Prosecutor General’s Office and never presented any material evidence of Navalny’s poisoning to Russia. Neither did the OPCW.

The Russian envoy to the OPCW still believes that the organization that once was “one of the most successful international structures in the field of disarmament and non-proliferation” still has lots of dedicated professionals in its ranks. They face “immense pressure” from those seeking to turn the organization into their geopolitical tool, he added.

Because of the attempts of a group of western nations to use the OPCW to achieve political goals, there has been erosion of trust in the organization, Shulgin claims. Russia would “take every effort” to make it a depoliticized body again and restore its credibility, he said.

However, when it comes to the case of Navalny, Shulgin believes it’s far from over, since there are still a lot of “inconsistencies and blank spots” surrounding it.