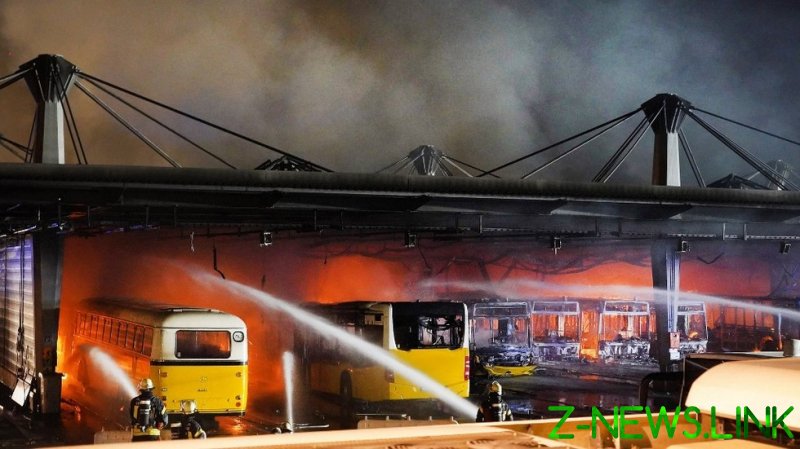 Europe is experiencing a green transport boom. Sales have quadrupled since 2018, and one in every ten new vehicles sold on the continent is now fully electric, a share that rises to four in ten when hybrid vehicles are taken into account. In Germany, where the Greens are in talks about joining a coalition government, the number of electric buses doubled last year compared to 2019.

The switchover from diesel to electricity has not been entirely smooth. Three bus depots were gutted by fire this year alone, with the most recent in Stuttgart last month destroying 25 buses and sending a column of smoke towering over the city.

The fires prompted the cities of Munich and Stuttgart to suspend use of these battery-powered buses, and Heinrich Duepmann of Germany’s Electricity Consumer Protection Association told RT that he shares their concerns ​​– not just about buses, but electric vehicles in general.

“The risk of these fires, including in other locations such as bicycle basements or large apartment blocks, is completely unaddressed,” he said. “Also, insurance companies are not yet tackling the issue.”

The lithium-ion batteries that power electric vehicles can catch fire if damaged, or in some cases during charging or spontaneously. Lithium burns ferociously on contact with air, and once ablaze, these fires can be extremely difficult to put out. While burning, lithium-ion batteries have been shown to emit toxic quantities of fluoride gas.

Aside from the fire risk, Deupmann is also concerned that as private electric vehicles become more popular, the country’s electricity infrastructure is “completely undeveloped” to facilitate widespread fast charging.

“People have been too naive about this,” he said, adding that “naive is an understatement.”