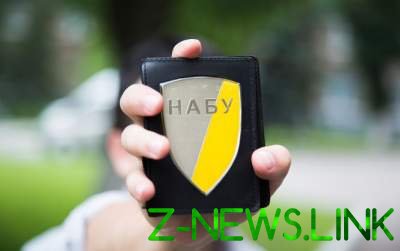 It is not excluded that suspects that officials could act in an organized group.

Detectives of the National anti-corruption Bureau of Ukraine (NABU) has opened a case on the fact of possible receipt by the staff of the National Agency for corruption prevention (NACP) of a bribe in especially large sizes.

About it reported in a press-service of NABOO.

It is expected that employees NACP extortion. It is not excluded that suspects that officials could act in an organized group.

According to paragraph 1 of the note of article 368 of the Criminal code, illegal benefit in especially large amount of bribe from 8500 UAH.

Formerly head of the Department of financial control and monitoring lifestyle NACP Anna Solomatina has accused its leadership in the falsification of inspections of e-declarations of government officials at the direction of government.

“E-Declaration is used to cover the officials, loyal to the government, the massacre of undesirables and for the purpose of personal enrichment of the President and members of the NACP” she said.