Home / WORLD / N. Korea confirms test of its most powerful missile in 4 years

N. Korea confirms test of its most powerful missile in 4 years 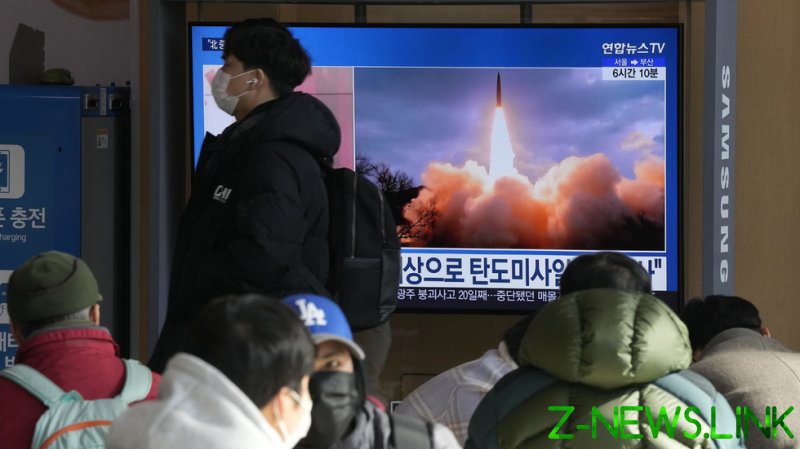 North Korea confirmed on Monday that it fired a Hwasong-12 intermediate-range ballistic missile toward the Sea of Japan – its most powerful missile test in over four years and seventh since the start of the year.

“The inspection firing test was conducted for the purpose of selectively inspecting the ground-to-ground mid-range long-range ballistic missile Hwasong-12 and verifying the overall accuracy of this weapon system,” North Korea’s state-run KCNA agency announced on Sunday.

It added that the launch “confirmed the accuracy, security and effectiveness of the operation of the Hwasong 12-type weapon system under production.”

The missile traveled 800km before it fell into the Sea of Japan on Sunday morning. The test drew condemnation from Seoul and Tokyo, as well as from Washington, which expressed concerns that the test may be preparation for North Korea’s return to long-range missile and nuclear tests. An unnamed US official was cited by Reuters as saying that Washington would take “some steps that are designed to show our commitment to our allies” in response to the increased missile activity by Pyongyang, but noted that the US was open to dialogue.

North Korea has not tested a Hwasong-12 intermediate-range ballistic missile since September 2017, and Sunday’s launch has become North Korea’s seventh weapons test in just one month.

Earlier this month, North Korea’s top governing body announced that it would consider “restarting all temporarily-suspended activities” in response to “hostile” policy of the US. While Pyongyang did not go into the specifics, these “suspended” activities are presumed to be long-range missile tests and nuclear tests.