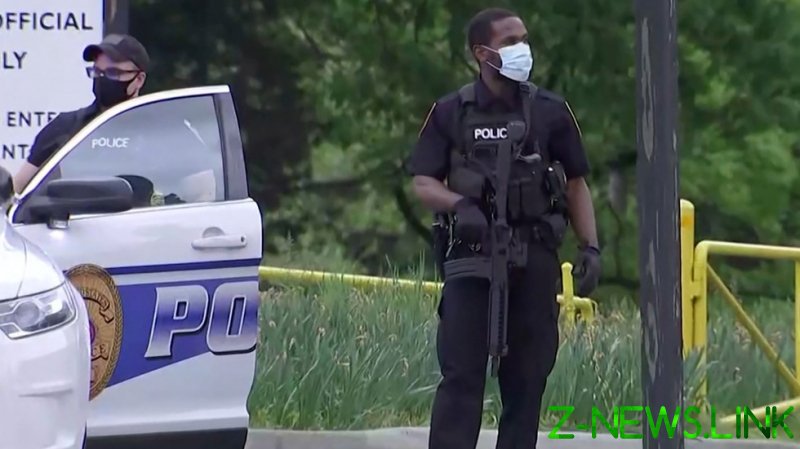 The Washington, DC, FBI field office confirmed the suspect’s death on Tuesday afternoon, nearly a day after the incident, adding that as the review of the incident is ongoing, no additional details will be provided at this time.

The FBI reviews every shooting involving any of its special agents, in a process that is “thorough and objective, and is conducted as expeditiously as possible under the circumstances,” the Bureau said.

For several hours on Monday afternoon, the highway in northern Virginia leading to the front gate of the Langley complex was blocked by police cars, as agency security and law enforcement struggled to deal with the mystery man, who showed up at the front gate in a car.

Anonymous sources told NBC’s Ken Dilanian that the suspect had tried to enter the complex before and may have been mentally ill and in possession of explosives. While Dilanian has a history of CIA ties, none of this has been officially verified. The identity of the suspect likewise remains a mystery, aside from the fact that he was male.

The standoff ended when the man “emerged from his vehicle with a weapon” around 6 pm local time on Monday, according to the FBI, at which point the agents shot him. Reporters camped outside said they heard about 13 loud bangs. An ambulance showed up a short time later.

Still known as “Langley” after the manor that once stood there, the George Bush Center for Intelligence – named after the 41st US president and former CIA director – is located in the picturesque forests of northern Virginia, a short drive away from Washington, DC, and the Pentagon.