Home / INCREDIBLE / Mystery of the oldest civilizations in the world

Mystery of the oldest civilizations in the world 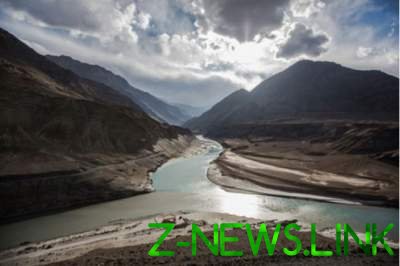 Indian civilization may be the oldest in the world.

Indian, British and Danish scientists have uncovered the secret of Indian civilization, considered the oldest in the world, there were supposedly no major rivers. A study published in the journal Nature Communications.

In the period of its existence (about 4.6-3.9 thousand years ago) the Indus civilization flourished between the systems of the Ganges-Jumna and Indus away from the major rivers. Scientists were able to detect major water channel, which in ancient times passed through the settlements of civilization and was part of the modern Sutlej river.

Conducted by experts of the Dating showed that the channel is about eight thousand years ago changed its course. This has led to the reduction of floods, at the same time a source of water in the valley was seasonal rains.

In 2016, scientists from India presented evidence that the Indus civilization may be the oldest in the world.

The Indus (Harappan) civilization existed in the Indus river valley. The cities had Sewerage and public toilets, and in the villages — irrigation system. The most probable representatives of culture were speakers of Dravidian languages. The Indus civilization went into decline in the XVII century BC. One of the most probable reasons for this is the invasion of the ancestors of modern Iranians and Indians.