Home / WORLD / ‘Mystery hut’ spotted on dark side of Moon 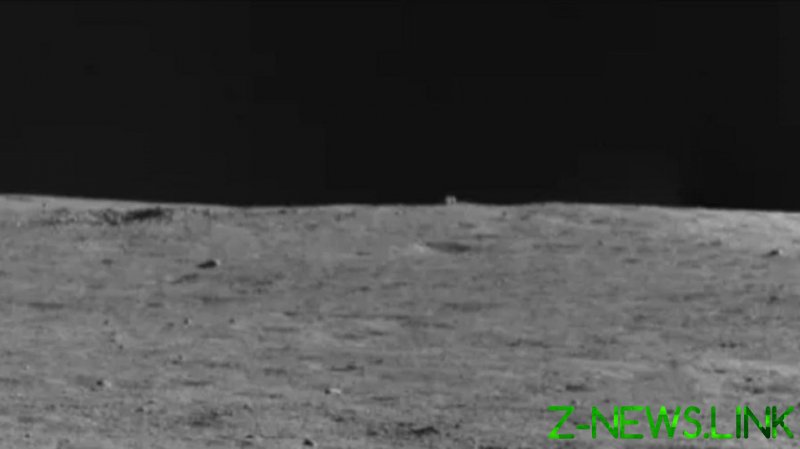 The strange cube-shaped object was first spotted by the Chinese lunar expedition in November, China’s science outreach channel Our Space reported. The rover detected the object on the horizon some 262 feet (80 meters) away to the north as it was traversing the Von Kármán crater in the southern hemisphere on the far side of the Moon.

The press office of the China National Space Administration (CNSA) published a photo of the object rising over the horizon against a background of dark skies. Few details can be ascertained from the photo, however, and the nature of the object remains unclear.

The Chinese have expressed a strong interest in investigating this “mystery hut,” and the rover is now expected to spend the next two or three lunar days – the equivalent of two or three months here on Earth – moving towards the object while avoiding the craters that pockmark the far side of the Earth’s satellite.

Yutu 2 made the first-ever landing on the far side of the Moon on January 3, 2019 and has been moving around the 115-mile-wide (186-km-wide) Von Kármán crater ever since. It is part of China’s fourth expedition to the Moon and the second that has involved a rover.