Mysterious Ivano-Frankivsk from the height of bird flight. Video 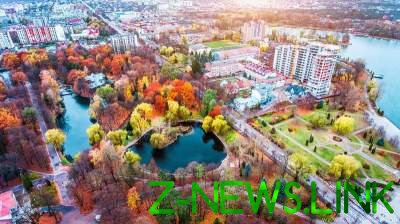 Autumn the city amazes with its beauty.

On the official Youtube channel “112 Ukraine” published a new video in a series of videos about the cities, taken from the height of bird flight. This time the focus was Ivano-Frankivsk.

Removed from the quadcopter video you can see the main streets, view of city lake, the monumental Greek-Catholic Cathedral and the Armenian Church, fortress gallery “Bastion” with the remains of the city defensive walls, the famous “hundred – meter” – a favorite place of local residents.

“Ivano-Frankivsk – one of the most attractive cities for tourists in Ukraine. It is called the little lions for the architectural similarity and a Western atmosphere and modern center of the Carpathian region within the historic Galicia. In Ivano-Frankivsk are located only in Ukraine, the town hall, built in art Nouveau style . Cathedral of the resurrection in the Central square is also one of the famous sights of Ivano-Frankivsk. the most popular place for walks and rest in Ivano-Frankivsk Park. Shevchenko, located on the territory that once belonged to the Baron Romashkan. Once in Ivano-Frankivsk, don’t miss the opportunity to walk through the most popular walking area of the city, which the locals dubbed the Sprint. In the early twentieth century it was the main and the busiest street of the city, here was built the most expensive home, opened the best hotels and shops.

See also:  Execution of the billionaire in Moscow: footage from the scene of an emergency. Video

Now there are a lot of street cafes and restaurants, bookstores and boutiques, every year there are new wrought-iron sculptures, which create a festival “the Holiday of blacksmiths” – say the authors of the movie.