Home / WORLD / ‘Mysterious’ disease alarm: Some 300 hospitalized, 1 dead in India as medics fail to identify cause of patients’ suffering

‘Mysterious’ disease alarm: Some 300 hospitalized, 1 dead in India as medics fail to identify cause of patients’ suffering 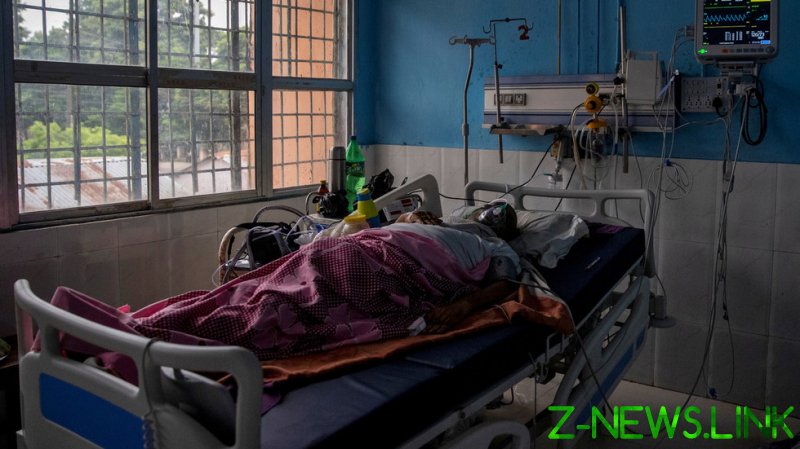 Residents of the city, which is located in the Indian state of Andhra Pradesh, have been rushed to hospital after suffering from dizziness, headaches, vomiting, and epilepsy-like symptoms. Around 300 people have been treated for the unexplained illness in total, with more than 140 patients being discharged after receiving medical care, according to NDTV, citing health officials.

Most people seem to recover from the bizarre sickness, but one patient, a 45-year-old man, died after being admitted to the hospital with symptoms of nausea and epilepsy.

Authorities are still trying to determine the cause of the unexplained illness. CT scans have not revealed anything unusual in the patients, and cerebral spinal fluid tests also came back normal. The afflicted individuals have all tested negative for Covid-19. Blood, water, and food samples have been collected and sent to a forensics laboratory, local media reported, and health officials are awaiting the results of screenings carried out to detect E. coli bacteria.

A special team of doctors has been dispatched to the city as officials conduct a house-to-house survey in an attempt to identify potential patients, as well as find clues that could reveal the source of the illness.

According to media reports, some of the patients said they had experienced convulsions and lost consciousness after drinking tap water. Water contamination was identified as the culprit behind the string of hospitalizations, but officials have insisted that there is no evidence there is anything wrong with the city’s supply.