MyPillow CEO Mike Lindell gets his company banned from Twitter, provokes Newsmax host to WALK OFF SET with election-fraud claims 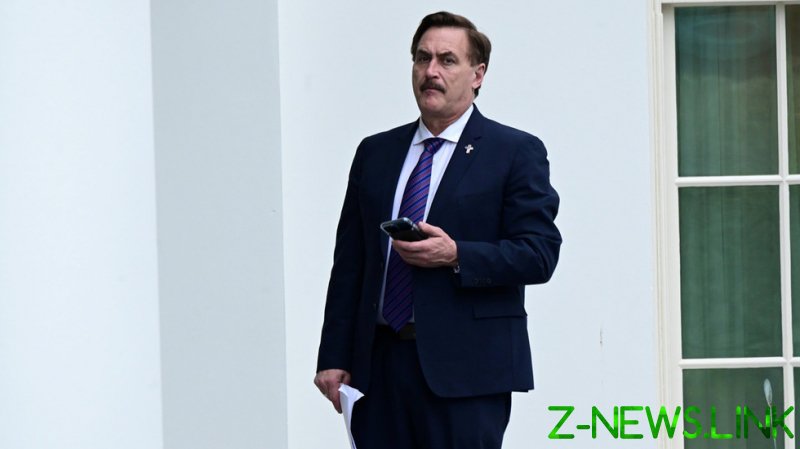 “Jack Dorsey is trying to cancel me (Mike Lindell) out,” Lindell tweeted through MyPillow’s account on Sunday, in a message thanking supporters who ordered pillows after Kohl’s and other major retailers stopped carrying the company’s products. “We are extremely busy and hiring as fast as we can to handle all the shipping. Jack (Dorsey) will be found out and should be put in prison when all is revealed.”

Twitter said it permanently removed MyPillow’s account on Monday for violating its policy against “ban evasion.” The company had shut down Lindell’s personal account last week over his claims that the November 3 presidential election was stolen from Donald Trump.

Lindell also had taken aim at Dorsey personally, saying, “I know you are tied into the election fraud. You are so afraid of being found out. So many are looking forward to you being brought to justice.”

After the second Twitter ban, Lindell was back at it on Tuesday, repeatedly trying to bring up his allegations of election fraud in an interview with Newsmax TV about his being canceled on social media. As Lindell spoke of having “100 percent proof” that voting machines were used to perpetrate the fraud, Newsmax host Bob Sellers repeatedly tried to interject, saying the allegations regarding voting machines hadn’t been verified. As Lindell continued to talk, Sellers spoke over him, reading a legal disclaimer about Newsmax accepting the election results as “legal and final.”

Smartmatic and Dominion Voting Systems, major suppliers of voting machines and targets of fraud allegations by Trump supporters, have reportedly sent letters to Newsmax and other conservative media outlets threatening to sue them for defamation.

Sellers and Lindell continued talking over each other until the host finally got in a question back on the topic of the Twitter suspension. Lindell resumed talking about election fraud, and Sellers said, “Can I ask our producers, can we get out of here please?” As Lindell continued talking, and co-host Heather Childers began to interject with a question, Sellers walked off the set.