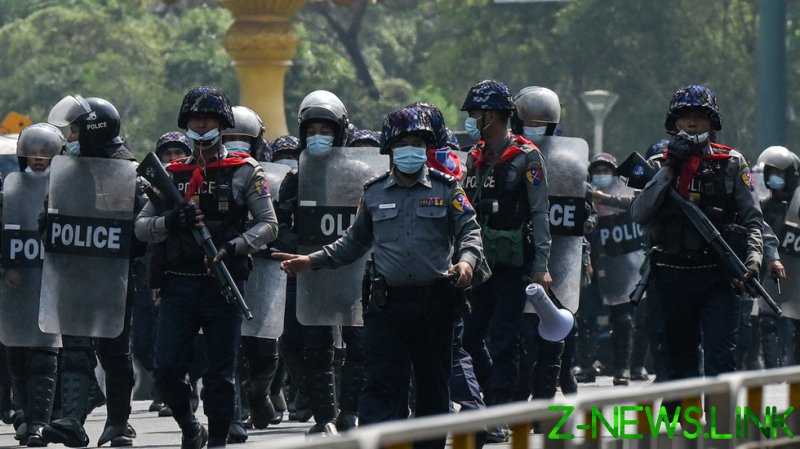 Footage earlier on Friday showed protesters and police in a standoff, as authorities attempted to disperse individuals who had gathered in the cities of Hledan, Mandalay, and Yangon to oppose military rule in the country.

Individuals who witnessed the situation in Hledan described it as an “act of brutality” against “peaceful protesters” who were expressing their opposition to the army seizing power and removing the democratically elected officials who governed the country.

It is not clear whether police officers were firing at the crowd or into the air to scare them into dispersing, but protesters were seen fleeing from authorities as gunfire, grenade explosions, and smoke or tear gas were shot at demonstrators.

Military chief General Min Aung Hlaing has claimed that his officers are only using the minimum force required to control crowds, although there have been at least three protesters killed in clashes.

There has been a leadership crisis in Myanmar since February 1, with mass protests becoming a regular occurrence on the streets of the country after the military seized control again after nine years of civilian rule. The military previously controlled Myanmar from 1963 to 2011.

The military has declared a year-long state of emergency only three months after a general election handed Aung San Suu Kyi’s party a majority in both houses of the country’s parliament, handing a significant defeat to the opposition party, which is linked to the military and controlled by former military officials.