My sympathies, Black Lives Matter, but it’s poor white working-class kids who have the worst deal, not middle-class BAME lawyers 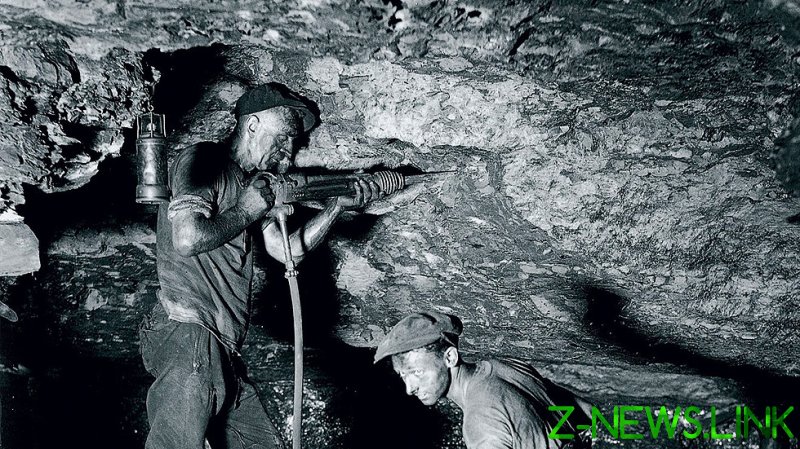 My grandfather was a white man, yet he spent most of his waking hours with a black face.

Now, before the woke warriors tear out their Twitter feathers at that statement, assuming he was a black and white minstrel or in some way exploiting the black man, wait for the facts.

He was, you see, a coal miner.

Six days a week, he and his mates climbed into a cart and rattled along for an hour or so underground to the literal coalface, deep under the North Sea. He even ate his lunch down there.

He hacked at the epidermis of the Earth all day long. Through spring, summer, autumn, and winter – alongside thousands of others underground, up and down the country.

As soon as they got out of that cart on a Saturday afternoon, my grandad and most of his workmates piled into the pub and got absolutely – utterly – hammered. Many didn’t bother washing the coal dust off their skin before they sunk that first pint. Who cared?

They all looked the same anyway.

Sundays were for hangovers. Oh, and for coughing up black phlegm. The retirement years for many of those guys (if they made it that far) were for diseases such as black lung, emphysema and silicosis. There was also a specific thing known only to industrial workers called vibration white finger, inflicted on men who’d held a drill all day for years, in which their hands kept vibrating or went numb. On and off. Pretty much forever.

My grandad was no racist; he probably never even saw anyone of a different skin colour until the 1950s. But I have a memory of him sitting on the metro in Newcastle around 1982 or so, mildly inebriated of course, with a black lad he’d just met in the pub, and they were on their way to another.

So long as the bloke bought his round, he wouldn’t have given a stuff what colour his skin was.

When Lord Reed, president of the UK’s 12-member Supreme Court, was asked by the BBC over the weekend when he thought someone from a black, Asian or ethnic-minority background might be appointed to the court, he said: “I hope that will be before I retire, which is in six years’ time.”

Great, but there’s still only two women on that court, so don’t hold your breath – it’s a geriatric organ.

Hang on a sec, though. Will there also be a white member from what used to be the British working classes in six years’ time? Nobody is putting in any kind of an effort to make that happen.

And it’s not very likely, considering that research for a new book has found only nine percent of white kids from deprived backgrounds make it to university in the UK.

And most of the mines are now closed, of course.

So where do they go? That job ‘opportunity’ as a miner has been lost – my grandad’s father, and all his brothers and cousins, and most of his mates, went down the pit too. The mines paid their bills, put food on their tables and paid for a round or two in the working men’s club (NOT the golf club, old bean).

They were often itinerant folk, following the work from pit village to pit village. When a mine opened, lots of families would arrive in a new place. And they were not always welcome; they needed accommodation and all that. Sound familiar?

The shipyards used to take in tens of thousands of kids and give them a trade. Oh, but they’re pretty much all closed now, too. An old mate of my grandad’s was an absolute wizard with a lathe; he could fashion pretty much anything from a spinning lump of steel. It had taken him years to perfect, about the same as a dentist.

But the metal stopped spinning, and he was last seen stacking shelves at a supermarket and falling ever deeper into the bottle.

The grandsons of those old boys who used to go straight into the shipyards or down the mines – and it was all boys back then – now work in call centres or vast government complexes sorting through tax affairs and the like. Not manual labour, but pretty menial nonetheless. Providing, of course, they can find work at all.

You see where I’m going with this? We have a crisis of opportunity.

Back to my grandad, and maybe an assumption that this is some kind of easily dismissed right-wing rant. It isn’t. He was, of course – as a working-class man in the north of England back then – resolutely on the left and a Labour Party voter. His kind actually created the movement that led to the NHS, universal education, state pensions…

I dare say he’d have a word or two for the preachy woke crowd right now, those who shout down any opinion that is not in perfect harmony with their own. He may have invited one or two out into the working men’s club car park for a more lively debate.

It’s easy to be a keyboard warrior, fighting ‘injustice’ with a doughnut in your mouth. Take a ride in that cart down to the coalface, for fifty years. Then you’d have something to complain about.