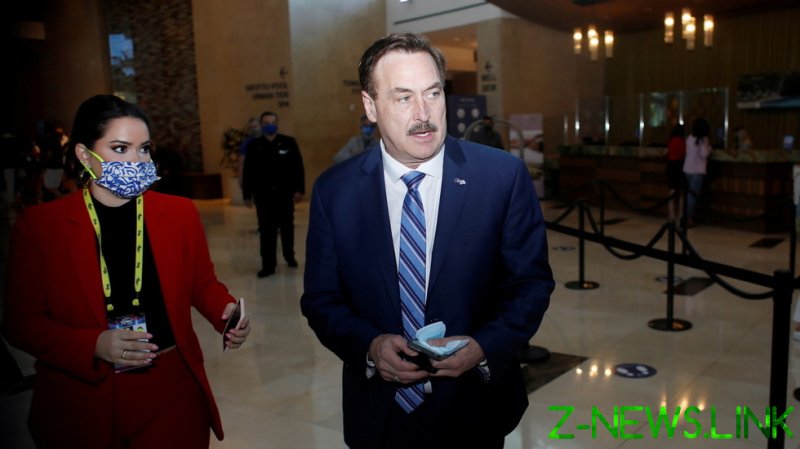 “I, last night when I got to the hotel, I was attacked,” Lindell announced to a conservative crowd gathered at his pro-Donald Trump event at the South Dakota Military Heritage Alliance in Sioux Falls. “I just want everyone to know all the evil that’s out there.”

The My Pillow founder then appears to get choked up before handing the stage over to a security official, who alleged a number of concerning threats targeting the symposium, as well as “disruptors” trying to “penetrate” the event.

“I’m okay, but it hurts,” Lindell said later of his alleged attack. He also reportedly said it was a member of the far-left group Antifa, but did not go into specifics.

Lindell’s multiple day event has invited pro-Trump guests to discuss the allegations of election fraud. Lindell has been one of the more vocal supporters of the former president who continues to push his controversial belief that fraud was committed in favor of now-President Joe Biden.

The outspoken conservative has been one of multiple public figures targeted by Dominion Voting Systems in defamation lawsuits over the fraud claims. Lindell has pointed to the company multiple times as being behind allegedly fraudulent ballots in favor of Joe Biden, something the company denies. The claims have not been proven in any American court so far.

On the same day he made his claim about being assaulted, news broke that Dominion’s lawsuit against Lindell was proceeding forward after a federal judge denied requests to throw the suits out.

Lindell dashed off the stage reportedly moments after news of the suit successfully moving forward broke.

Lindell, who has been purged from major social media platforms over his election fraud claims, predictably found support over his stance from fellow conservatives, while critics roundly mocked the Trump supporter over the alleged attack and lawsuit news.

Sioux Falls Police told the Sioux Falls Argus Leader that no such incident was reported by Lindell. Police spokesman Sam Clemens did say an officer would visit Lindell on Thursday to investigate the alleged attack.