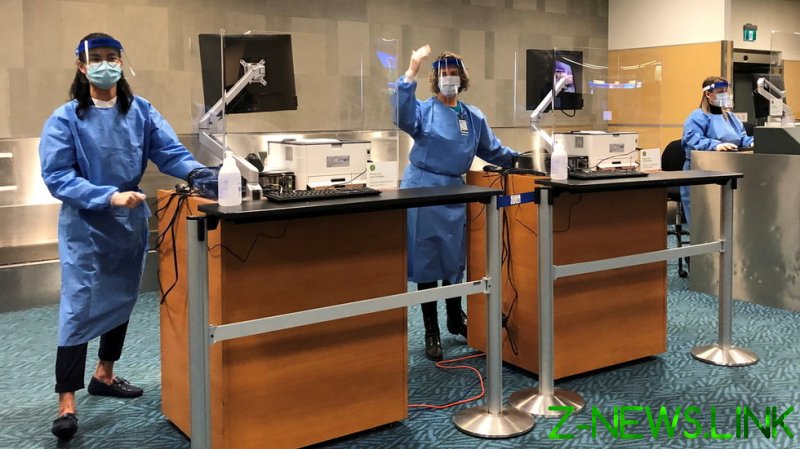 At the time of writing, I’m at an altitude of exactly 11,277m, 5,230km away from Vancouver, Canada, and 3,159km from my stopover in Munich, Germany, en route back to Paris, France. Where I really should be is relaxing on the backyard patio or in the jacuzzi at my home near Vancouver with a cold drink on a hot summer day. Instead, I’m on a Lufthansa flight heading back to Paris – just a few hours after arriving across the ocean on a 10-hour flight – because my own country’s officials kicked me out. All because I committed the apparent violation of trying to re-enter my own country with proof of naturally acquired Covid-19 antibodies made by my own immune system post-recovery rather than those generated by the manmade Covid-19 vaccine about which much is still to be learned.

Daily life for a Covid-19 survivor with natural immunity from the disease is not for the faint of heart. As someone with a high level of laboratory tested antibodies whose levels have yet to drop even after several months post-illness, my doctor has advised against vaccination. Much is obviously still to be learned about the Covid jabs, still in stage 3 of clinical trials and considered experimental by health authorities – particularly with reports abounding of breakthrough cases of vaccinated people catching and spreading Covid.

To protect and preserve my acquired immunity by opting out of vaccination that risks interfering with it or causing a risk to my health, France now requires me to succumb to nasal swab antigen tests every 48 hours if I wish to continue accessing everyday venues like public transit, gyms, restaurants, some shopping malls, and bars. But it’s a price that I’m willing to pay for my health.

And now I’m paying another price for choosing to protect my own health. I’ve found myself threatened with internment by the Canadian government – something that not even terror suspects or illegal immigrants are subjected to without at least a hearing.

When I attempted to return home from Paris to Vancouver to visit my elderly mother for the first time in a year, I was treated worse than a criminal. I arrived at the airport with a negative PCR test, two positive Covid antibody tests from March and July proving that I still had significant Covid antibodies post-recovery, and a ‘covid immunity certificate’ written and signed by my French doctor to confirm this fact.

The Canadian border officer refused to accept the antibody laboratory test results as proof that I had recovered and was immune from Covid. He wanted a PCR test less than three months ago, after which everyone is expected to take the vaccine. (I didn’t even know that I had Covid until I took a serology antibody test weeks later.) Nor did the officer show any consideration for the negative PCR test taken hours at departure, or for the various other antigen tests – all negative – taken every 48 hours for the prior 10 days. Instead, he ordered me to sign up for a 3-day stay at a government internment facility (to then be followed by a mandatory and monitored 14-day home isolation).

I was then referred to a federal health officer who asked if I had signed up and paid (up to $2,000) for the 3-day government internment. I said no. She said that I had no choice except with respect to which government-contracted facility I’d like to be detained in at my own expense. I asked, “What if I just walk out?” She gestured to the RCMP officer behind her and said that leaving would result in a fine of nearly $6,000. I asked, “Then what if I just stay here in the airport and book a flight back to Paris and cancel my entire visit back home to Canada?” She replied that it would be fine. So, I booked a flight back on my phone at a cost of just over $1,500 – still cheaper than the government internment. She took down my return flight number, wrote me up a federal ‘health order’ that I had to sign, acknowledging that I was to leave Canada on that flight or face criminal penalties up to and including imprisonment. She helpfully added that I could still be fined for my ignorance, but they’d graciously let me off with a warning this time. What a benevolent budding authoritarian regime.

Let’s be clear: The Canadian government, by behaving in this manner, is routinely criminalizing those with Covid antibodies that are not derived from a manufactured experimental vaccine.

Just a few hours later, I am now on that flight back to Paris. My mother broke down in tears waiting for me on the other side of the arrivals hall as her daughter was expelled from her own country – something that Canada doesn’t even do with terror suspects without some kind of due process.

The next step for myself and others subjected to this discrimination should be a court challenge to the federal government’s actions. Government-ordered internment facilities for immune Covid survivors under threat of incarceration have no place in any democracy.