Home / WORLD / My love of Ukrainian MP has been going on for months, jailed ex-Georgian leader Saakashvili says, despite wife’s shock at news

My love of Ukrainian MP has been going on for months, jailed ex-Georgian leader Saakashvili says, despite wife’s shock at news 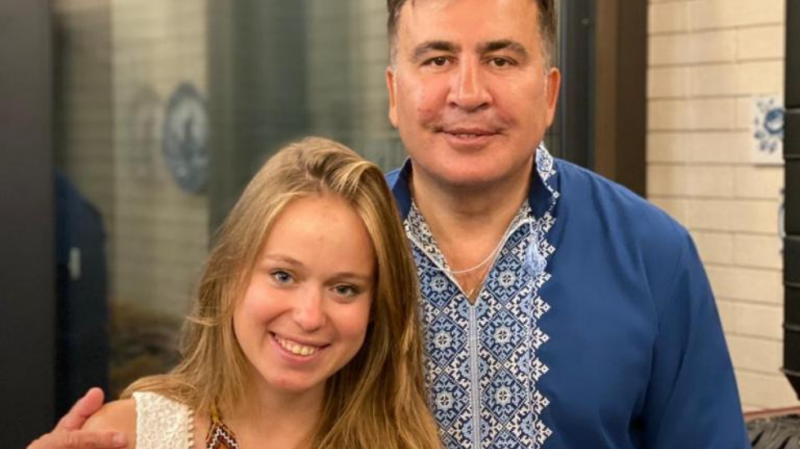 On Sunday, a post was published on Saakashvili’s Facebook page explaining to people interested in his personal life that his romance with Yelyzaveta Yasko is not new and his past relationship with Sandra Roelofs is finished.

“I am involved in much larger fights in my life than my private affairs. But as questions are also asked about that, I want to respond that all my previous relationships are over. And for the last many months, me and Lisa Yasko have joined our lives. We’ve been living together as a family of full-fledged partners. It is a great history of love, and I feel blessed,” he said.

Saakashvili also added that “I ask people to respect our privacy, as well as the privacy of Sandra, for whom I have tremendous affection, respect, and gratitude for an amazing life together. I am now concentrating on my fight, continuing with my hunger strike and have a resolve to go till the end.”

However, despite the jailed former president’s claims that his love affair has been going on for a while, Roelofs revealed last Wednesday that the news of the couple’s newfound romance came out of the blue. In response to a video, also posted on Facebook, in which Yasko announced their relationship, Roelofs wrote: “Many confused friends and associates are asking me about my personal life. I will not hide from you that the content of the video, made on Friday night, was unexpected for me, and the form it took was completely unacceptable.”

“Despite my personal emotions, I remain calm, I believe that we will emerge victorious from this struggle,” she added.

Saakashvili made a dramatic return to Georgia shortly after announcing his relationship with Yasko, despite an arrest warrant out for him, and was promptly detained. Weeks earlier, authorities alleged that he had plotted to kill opposition figures in Georgia in order to frame the government.

The country’s prime minister, Irakli Garibashvili, made the claims earlier this week, citing intelligence obtained by the Georgian secret service. Garibashvili has pledged that the former president will serve his full term in prison, where he is currently staging a hunger strike.