Home / WORLD / ‘My family freezing, my senator is in Cancun’: Twitter explodes as Ted Cruz accused of traveling out of storm-hit Texas

‘My family freezing, my senator is in Cancun’: Twitter explodes as Ted Cruz accused of traveling out of storm-hit Texas 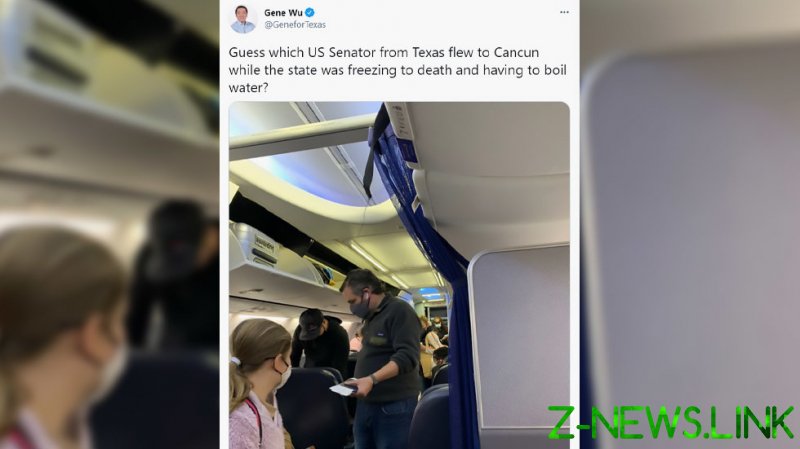 Several photos that have been circulating on social media since Wednesday appear to show Senator Ted Cruz (R-Texas) and his family arriving at the airport and then boarding a flight – allegedly heading to Cancun, Mexico.

The images have been widely shared, with people massively lashing out at the senator for leaving his state when its residents are desperately suffering from cold weather.

A severe winter storm left almost two million people without power in Texas and caused water supply shortages. Some people questioned why Cruz should be able to head to Cancun – supposedly for a vacation as it’s 26 degrees Celsius (78 Fahrenheit) there – while their relatives are deprived of basic needs, have to light fireplaces to heat their houses or queue for food for hours.

The senator was slammed for being too privileged and accused of hypocrisy, as Cruz himself last month took to Twitter to lash out at “rich, out-of-touch Dems.”

Still, some called for others to wait and see whether it is confirmed that the man in the pictures is indeed Cruz. Other people said there was no need to punch the politician so harshly, as he wouldn’t be able to do a lot to help struggling Texans.