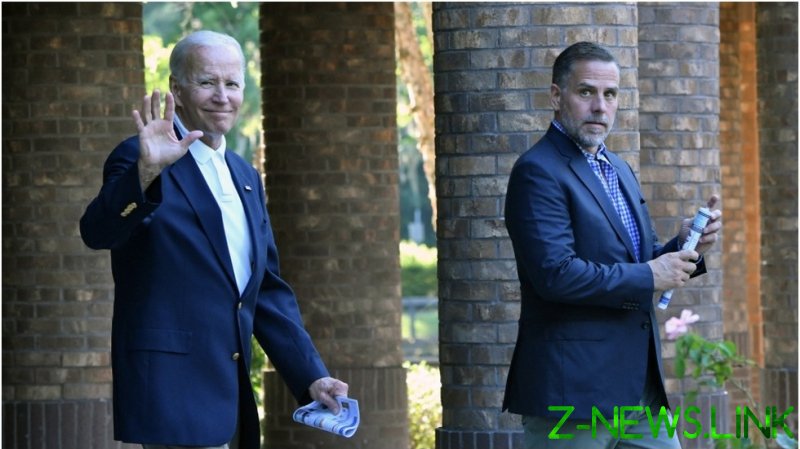 Twitter chose to block the Hunter Biden laptop story in 2020 without receiving any alert from the government and struggled to find a plausible explanation for its actions, according to internal correspondence. Screenshots of the messages between high-ranking staffers were published by journalist Matt Taibbi on Friday. The release was endorsed by the social media platform’s new owner, Elon Musk.

On October 14, 2020, three weeks before the US presidential election, the New York Post broke a story about files retrieved from a laptop that belonged to Hunter Biden, the son of then-presidential candidate Joe Biden. The exposé included emails about the Biden family’s business dealings in Ukraine, among other matters.

The water-damaged laptop had been dropped off at a Delaware repair shop in 2019, but was never retrieved.

Twitter suspended the New York Post’s account at the time and barred users from sharing links to the story, arguing that it violated its “hacked materials” policy.

According to Taibbi, Twitter “took extraordinary steps to suppress” the story without the knowledge of former Twitter CEO Jack Dorsey, while Vijaya Gadde, former head of legal, policy and trust, played “a key role” in the process.

The journalist cited a former employee as saying that “hacking was the excuse, but within a few hours, pretty much everyone realized that wasn’t going to hold,” and “no one had the guts to reverse it.”

The internal correspondence shared by Taibbi seems to suggest that senior Twitter staff had doubts when coming up with the wording to explain the block.

“I’m struggling to understand the policy basis for marking [the laptop story] as unsafe, and I think the best explainability argument for this externally would be that we’re waiting to understand if this story is the result of hacked materials,” communications manager Trenton Kennedy wrote to his colleagues, according to a screenshot. Former Vice President for Global Communications Brandon Borrman apparently also voiced similar concerns, asking, “Can we truthfully claim that this is part of the policy?”

Taibbi said he has not found any evidence that Twitter received any alert from the government when handling the New York Post report. Instead, the company was “proactively but cautiously interpreting this through the lens of our hacked materials policy,” the correspondence shows.

During an internal debate, former trust and safety chief Yoel Roth stated that although the origin of the laptop files was “unclear” at the time, “given the SEVERE risks here and lessons of 2016, we’re erring on the side of including a warning and preventing this content from being amplified,” according to the files shared by Taibbi. Roth was apparently referring to multiple allegations of outside meddling and the use of hacking materials during the 2016 presidential election, in which Trump beat his Democratic opponent, Hillary Clinton.

Taibbi promised to release more Twitter files in the future. Musk said that an update would come on Saturday. After taking over Twitter in October, the SpaceX and Tesla owner fired several top executives, including Gadde, and reversed some of Twitter’s previous decisions, such as permanently blocking Trump’s account.