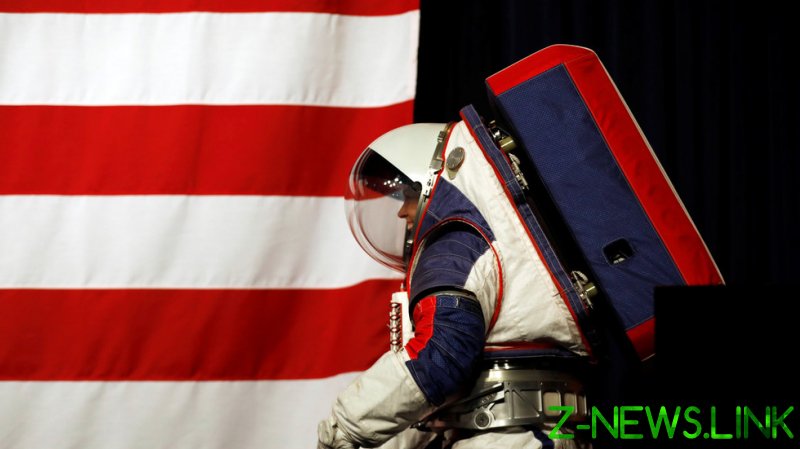 According to NASA’s Inspector General, “delays in spacesuit development” present another insurmountable hurdle to returning to the Moon for 2024, the planned date for Project Artemis’ triumphant touchdown aboard the earth’s closest satellite. “With $420 million spent and another $625 million expected, suits won’t be ready for flight until April 2025 at the earliest,” the report issued on Tuesday states.

NASA’s spacesuit technology is indeed woefully outdated; astronauts currently use upgraded Extravehicular Mobility Units designed 45 years ago for the Space Shuttle Program and work aboard the International Space Station, so it’s no exaggeration to say they are long overdue for an upgrade.

Some users pointed out that Musk should get started building a workable spacesuit for SpaceX’s eventual Mars missions, which would merely need “different boots” to adapt to the Red Planet.

Others insisted there was nothing that complex about making a spacesuit anyway – a controversial statement if NASA’s own experience is to be believed.

Others marveled at how much money the US government was capable of wasting, suggesting that Musk’s would be a much cheaper option.

The US space agency was supposed to have produced the first two flight-ready spacesuits by November 2024 but will apparently be unable to do so thanks to an “overall delay of approximately 20 months” in development. “Given these anticipated delays in spacesuit development, a lunar landing late 2024 as NASA currently plans is not feasible,” the Inspector General’s report found.

The agency also expressed concern that astronauts would be unable to train with the suits, further pushing back preparedness timetables.

Under current circumstances, NASA plans to carry out a “space suit test” onboard the International Space Station by June 2022, with the first crewed mission set for some point in 2023, NASA’s human exploration chief Kathy Lueders said in response to the report.  For that mission, astronauts plan to circumnavigate the moon in the Orion capsule without actually landing, a dress rehearsal of sorts for the planned Artemis III mission in which the capsule will actually land on the moon. First, though, the new spacesuits must be tested to ensure they work.

The report states that while it was significant impediment, the agency’s inability to produce the spacesuit in time “is by no means the only factor” responsible for the delay, with others being setbacks “in other major programs essential to a lunar landing,” such as the Space Launch System rocket and Orion capsule.

The new and improved xEMU, designed unlike its predecessors specifically to be worn on the surface of the moon, allows more flexibility to the astronaut as they move around the satellite’s surface, permitting them to reach overhead and across their bodies as well as allowing a waist-twist movement not possible with previous models. The entire suit is sealed, without zippers or cables, prohibiting dust from entering; it can withstand temperatures from as low as -250 degrees to 250 degrees Fahrenheit. A backpack module contains the power cell and breathable air reserves, as well as storing exhaled CO2. The purpose-built design was unveiled in 2019, and NASA hopes that it will be fit for use on eventual crewed Mars missions with minimal adjustments.

Musk has made his displeasure with certain aspects of Project Artemis clear over the years even while bidding for his SpaceX corporation to net the most lucrative contracts, , most recently mocking the fact that 27 different companies are contributing components to the xEMU suit. “Seems like too many cooks in the kitchen,” he snarked via Twitter on Tuesday.