Musk secretly discussed with his subordinates the colonization of Mars 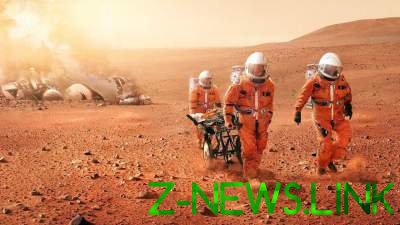 Program guide for Mars exploration at NASA confirmed the presence at the seminar, but the details are not elaborate.

According to the report, to a meeting at the University of Colorado at boulder was invited 60 scientists and engineers. They were asked not to announce the participation in the seminar, which discussed about the structure and capabilities of the missiles BFR (Big Falcon Rocket project), as well as the development of technologies to create a fully Autonomous colony on Mars.

See also:  Channel four discussed the situation in the Donbass

It is noted that the program Manager for Mars exploration at NASA attended the meeting, but the Agency refused to answer journalists ‘ questions Business Insider about who of the employees was there.

Ex-Director of space life and physical Sciences NASA Marshall Porterfield said that “we already have the technology to build missiles and ground vehicles on Mars”, but “the main obstacle is the human factor.”

See also:  Muzhenko discussed with Poroshenko the possibility of his resignation

“If you are really going to put people on Mars, you have to feed them, maintain their health and build their habitat,” said he.

In Elon musk plans to send two ships of supplies to Mars in the next four years, and by 2024 on the red planet to land on first people.