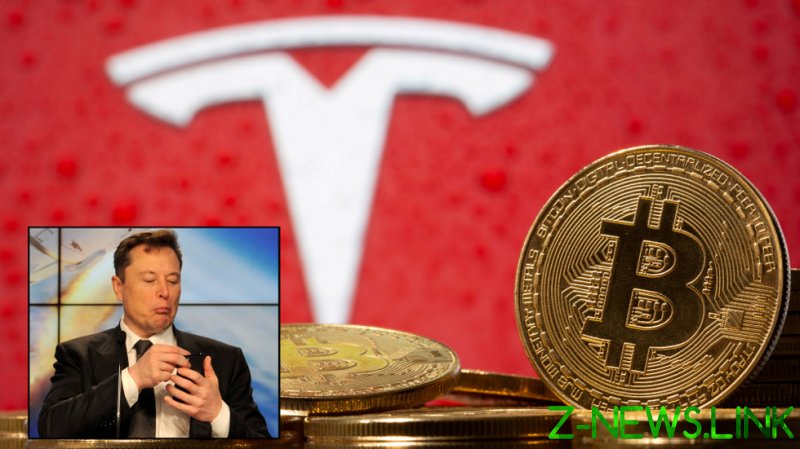 “We are concerned about rapidly increasing use of fossil fuels for Bitcoin mining and transactions, especially coal, which has the worst emissions of any fuel,” Musk tweeted on Wednesday evening.

Tesla doesn’t intend to sell any of the Bitcoin it currently holds, however, but will hold on to it until “mining transitions to more sustainable energy,” and is looking at other cryptocurrencies that use “<1% of Bitcoin’s energy/transaction.”

That last metric might be a hint Musk is considering Dogecoin, a meme currency he recently embraced – and even hawked on Saturday Night Live in his guest host appearance last weekend.

The about-face comes less than two months after Musk announced that Tesla would be accepting Bitcoin as payment for vehicles, having bought an estimated $1.5 billion worth of Bitcoin by late March.

Bitcoin’s price plummeted after Musk’s tweet, going from $54,602 to 52,467 within just ten minutes before recovering slightly – and leading to speculation that the Tesla and SpaceX boss was trying to drive the price down before buying up some more.

Bitcoin mining is energy-intense – in March 2021 it was estimated at 129 terawatt hours, more than enough to power Norway for a year. Few if any studies have been done on crypto mining’s carbon footprint, with Musk presumably extrapolating it from the percentage of total electricity generated by oil, gas and coal – rather than wind, water, solar or nuclear power.

On Monday, Musk announced he would launch a satellite to the lunar orbit next year named Doge-1 and funded entirely by Dogecoin, meaning that “to the moon” memes were literal, and not referring to Dogecoin’s rapidly rising value – which dropped substantially after Musk’s attempt at comedy.