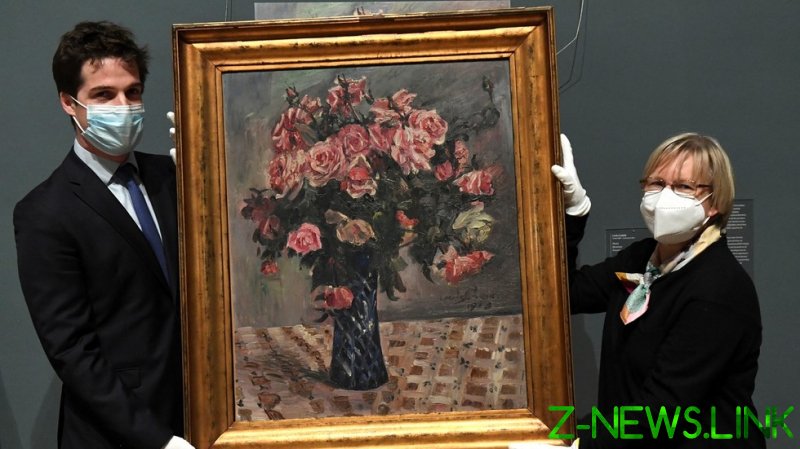 A fine arts museum in Belgium has returned a painting to the heirs of a German Jewish couple who had their property stolen by the Nazi regime before World War II.

‘Blumenstilleben,’ (Still Life with Flowers) painted in 1913 by German artist Lovis Corinth, was among dozens of artworks stolen by the Nazis from Gustav and Emma Mayer. The couple fled Frankfurt to Belgium in 1938, and later settled in the UK.

After the war, the painting of pink flowers in a blue vase was exhibited in Belgium’s Royal Museums of Fine Arts because the authorities at the time failed to establish the original owner. 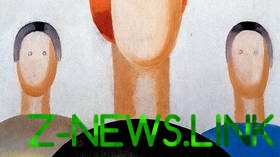 In 2008, the museum asked the public to provide information about the painting, after which it was eventually contacted by a lawyer representing the descendants of the Mayers. The Belgian government promised to return the artwork to the couple’s grandchildren last year. Museum workers finally took down the painting on Thursday and wheeled it off to be delivered to the family.

“They are very happy. I’m sure it’s a very emotional moment for them,” lawyer Imke Gielen said, as quoted by Ouest-France.

Museum Director Michel Draguet told Deutsche Welle: “I think it’s really important also for the museum to show that we have an ethic and we are dealing with history.”

Last month, the French parliament approved the return of 15 paintings, including Gustav Klimt’s ‘Rosiers sous les arbres’ (Rose Bushes under the Trees) and Marc Chagall’s ‘Le Pere’ (The Father), to the heirs of Jewish families who had their property looted by the Nazis.