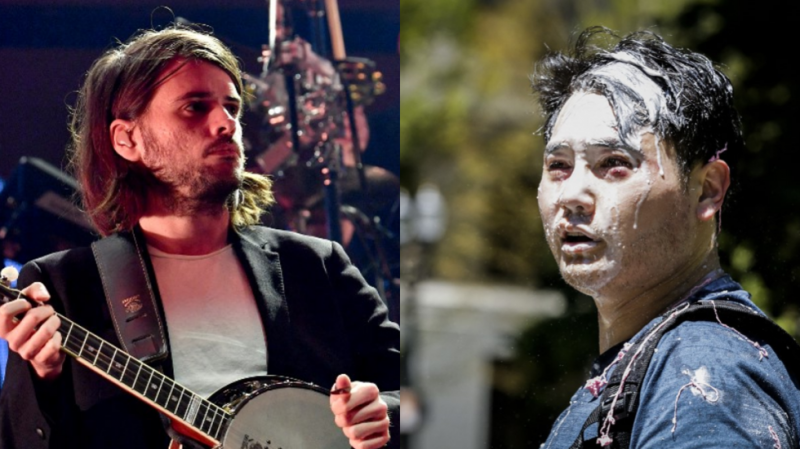 Famed for their radio-friendly folk, Mumford & Sons seem a long way from jackbooted Nazis, but a tweet from banjo player Winston Marshall on Saturday changed that, at least in the minds of online leftists. Posting a photo of Portland journalist Andy Ngo’s book ‘Unmasked,’ Marshall congratulated Ngo on his “important book,” and called the independent reporter “a brave man.”

That tweet unleashed a torrent of hate. Ngo is a conservative reporter, and his book is fiercely critical of the ‘Antifa’ movement, famed for brawling with right-wing demonstrators at rallies across the country, and for the nightly riots in Portland that began last summer. Ngo himself has been attacked by Antifa militants before, and was left with a brain injury after a mugging and beating in 2019.

Yet, liking Ngo’s book made Marshall and his band “fascist sympathizers,” according to left-wing commenters on Twitter. “Banjo dude from Mumford exposed as a nazi sh**bag? Didn’t have this on my bingo card,” one tweeted.

Marshall’s band have been called out by the left before, for posing in 2018 with controversial psychologist and self-help guru Jordan Peterson, another persona non grata on that side of the political spectrum. Marshall told CBC Radio at the time that he was interested in Peterson’s work on psychology, and that “I don’t think that having a photograph with someone means you agree with everything they say.”

While commenters piled on Marshall for his reading habits, some conservative observers sniggered at the “barking seal pile-on” the banjoist was facing.

Though some conservatives and right-wing culture warriors came to Marshall’s defense, it is still unclear whether they will go the extra mile and actually start listening to Mumford & Sons.