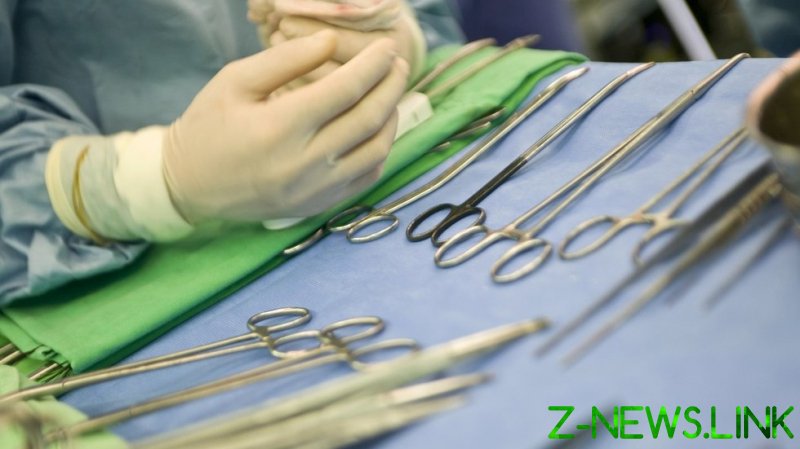 The usually mundane traffic violation hearing at Sacramento Superior Court was spiced up this week when the defendant, Dr. Scott Green attended via Zoom from his surgery room, baffling other participants. The bizarre in-court surgery, which was livestreamed online, was first reported by the Sacramento Bee newspaper.

“Hello, Mr. Green? Hi. Are you available for trial?” the courtroom clerk asked the defendant, who was wearing a full surgical garb with a patient lying just out of the camera’s view.

“It kind of looks like you’re in an operating room right now?”

As a police officer who was summonsed for the trial raised her eyebrows in disbelief, the doctor acknowledged that he was operating but said he was ready to partake in the trial anyway.

“I have another surgeon right here who’s doing the surgery with me, so I can stand here and allow them to do the surgery also,” Green explained, as he apparently continued to work while waiting for the judge to enter the group call.

When Court Commissioner Gary Link appeared, he was baffled by the scene as well, hesitating to proceed with the hearing. Ultimately, he postponed the trial, saying that he would set a new date when the defendant was “not actively involved or participating and attending to the needs of a patient.” Green signaled that the surgery had turned out to be more complicated than expected.

The bizarre combination of surgery with legal proceedings did not escape the eye of California’s Medical Board, and now Dr. Green might find himself in more trouble on top of the alleged traffic violation. The board said on Saturday that it was “aware of the incident and will be looking into it, as it does with all complaints it receives.”

Green himself was not exactly talkative and ignored most requests for comment from the US media. Asked by NBC News about the affair and the Bee’s report, the doctor claimed it was “not accurate and I have nothing to say” before hanging up on the reporters.