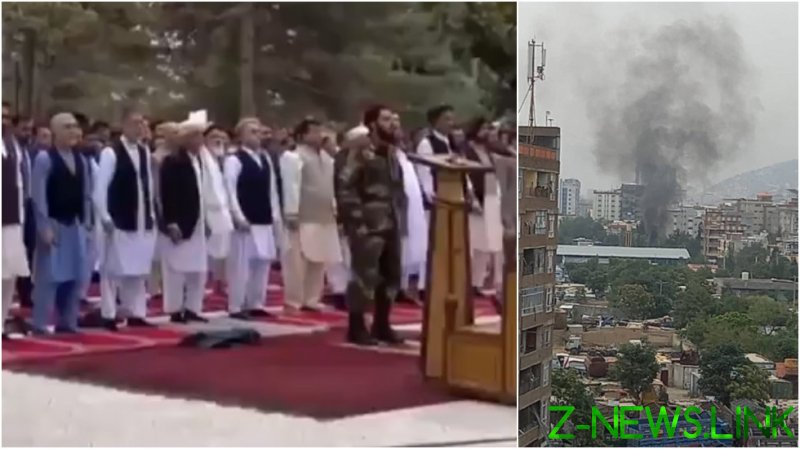 A live television broadcast on Tuesday morning showed a number of officials, including President Ghani, continuing on with their prayers even as the blasts rocked the area. There were no immediate reports of any casualties or injuries.

At least three rockets were fired from the north of the capital and “landed in areas near the Presidential Palace,” Afghanistan’s TOLOnews reported, adding that security forces rushed to cordon off the purported area of the launch.

While nobody claimed responsibility for the attack, in his speech after the prayers Ghani blamed the Taliban, saying the militants showed that they have no will for peace. He vowed to “make decisions based on that.”