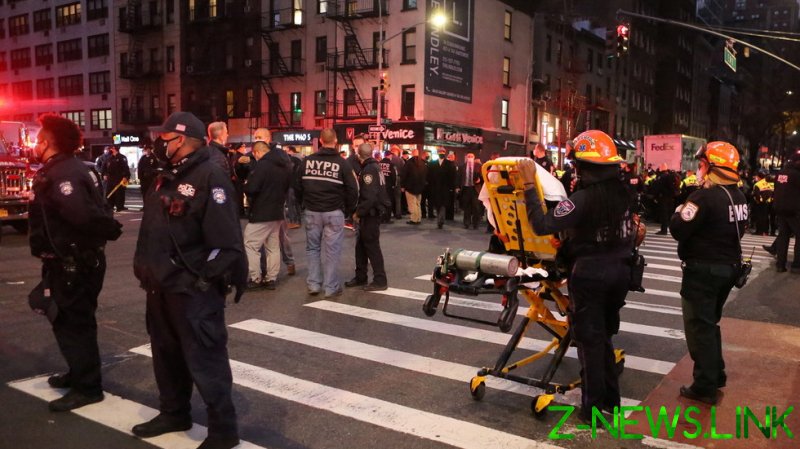 A NYPD spokesman confirmed that a vehicle “plowed” into the protesters at the corner of 39th Street and Third Avenue in Midtown Manhattan on Friday afternoon, shortly after 4 pm local time. The injuries did not appear to be life-threatening, police added.

Dozens of officers cordoned off the area after the incident, local media reported. One video from the scene showed a handcuffed woman being led away by police, but it wasn’t clear whether she was the driver.

The group was marching “in solidarity” with people jailed on ICE immigration detainers in Bergen County Jail in neighboring New Jersey, according to the Facebook feed of Mark Appoloa, who describes himself as ‘Occupy Wall Street organizer.’ The inmates were reportedly on a hunger strike.

A man in his live stream said that a BMW had “plowed through” a group of protesters and that police have arrested two demonstrators who chased after the vehicle, the New York Post reported.

Activists on social media claimed six people were injured in the incident, though it was unclear how many, if any, were taken to the hospital.