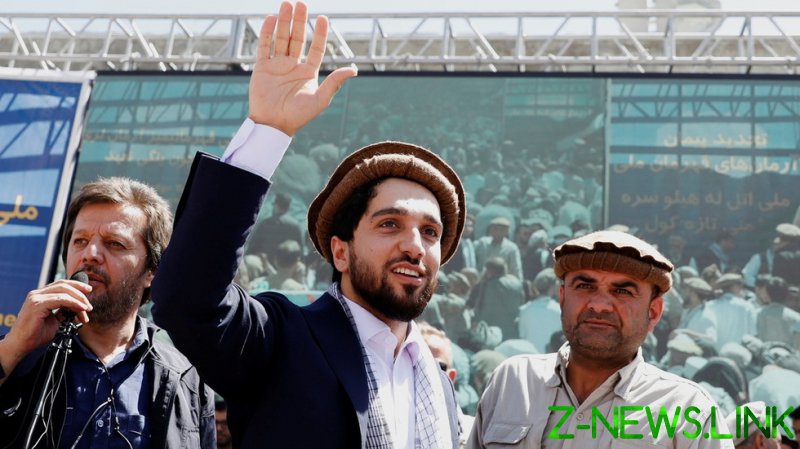 The Taliban’s conquest of Afghanistan in August was lightning fast – and in some cities and provinces, almost entirely bloodless. The US-backed Afghan National Army crumbled before the militants, and Kabul was in Taliban hands weeks or months before American officials thought it would be.

However, one tract of the country remains outside Taliban control. Lying some 150km (93 miles) north of Kabul, the Panjshir Valley is sealed off by mountains and offers invaders only one way in: through a narrow river gorge. Panjshir is easily defensible, and it’s here that warlord Ahmad Massoud has been gathering fighters willing to resist Taliban rule.

The valley’s inhabitants are mostly of Tajik ethnicity, while the Taliban are a predominantly Pashtun force. Massoud has rallied these Tajiks under the banner of his National Resistance Front (NRF), a rebranding of the National United Front (Northern Alliance) led by his father, Ahmad Shah Massoud. The Northern Alliance were supported by the US in their fight against the Soviet Union in the 1980s, and Shah Massoud managed to land himself a job as defense minister after the Soviets were driven from Afghanistan. However, that position would be short-lived, as the Taliban then took the reins of power, and Shah Massoud was assassinated in 2001.

For the past week, his son has also welcomed former Afghan officials to his valley redoubt. Ousted vice president Amrullah Saleh and former defense minister Bismillah Mohammadi have taken refuge with the Northern Alliance, along with soldiers of the Afghan National Army and special forces who refused to surrender to the Taliban along with their comrades.

Recent videos on social media show columns of men and vehicles arriving in the valley with Northern Alliance flags, and photos posted by pro-alliance accounts show fighters preparing for combat with drills and maneuvers.

Mohammadi claimed in a tweet on Saturday that Massoud’s fighters successfully took several districts in neighboring Baghlan province back from Taliban control, declaring “the resistance is still alive.”

However, Taliban forces are closing in on Panjshir, bringing with them American arms and vehicles looted in the wake of the US withdrawal. Save for some US weapons brought by Afghan National Army troops, the NRF is relying on older stockpiles of Soviet arms. Writing in the Washington Post earlier this week, Massoud announced that his fighters had “stores of ammunition and arms that we have patiently collected since my father’s time,” but followed this with a plea for supplies from the US and Europe. Massoud accompanied his plea with promises to fight for women’s rights and press freedom, all causes popular in the West, but no shipments have been sent. Meanwhile, Reuters reported on Sunday that Massoud’s forces are busy fixing up vehicles left behind by the Soviets more than three decades ago.

Taliban commanders have reportedly given Massoud until Sunday evening to surrender, but the warlord is not ready to capitulate, and instead wants to negotiate a “comprehensive government” for Afghanistan in which the Taliban share power, Al-Arabiya reported. Should the militants refuse dialog, war would be “unavoidable,” Al-Arabiya quoted him as saying.

Should fighting break out, Massoud’s fighters are outnumbered and outgunned by the Taliban. The Panjshir Valley’s terrain may aid the defenders, but it also makes resupplying difficult.

Though Massoud’s resistance has been touted in the Western media as a ray of hope following the US and its allies’ embarrassing rout from Afghanistan, the situation on the ground does not favor the anti-Taliban warlord. Speaking to Reuters on Friday, Russian ambassador to Afghanistan Dmitry Zhirnov described the Panjshir resistance as doomed.

“They have no military prospects. There are not many people there. As far as we know they have 7,000 armed people. And they already have problems with fuel. They tried to fly a helicopter but they have no petrol and no supplies,” he said. “We can’t wave reality aside. [The Taliban] are the de facto authorities. There is no alternative to the Taliban in Afghanistan.”