Home / WORLD / Mujahideen resistance held off the Soviet invasion in the Panjshir Valley in the ’80s. Will history be repeated for the Taliban?

Mujahideen resistance held off the Soviet invasion in the Panjshir Valley in the ’80s. Will history be repeated for the Taliban? 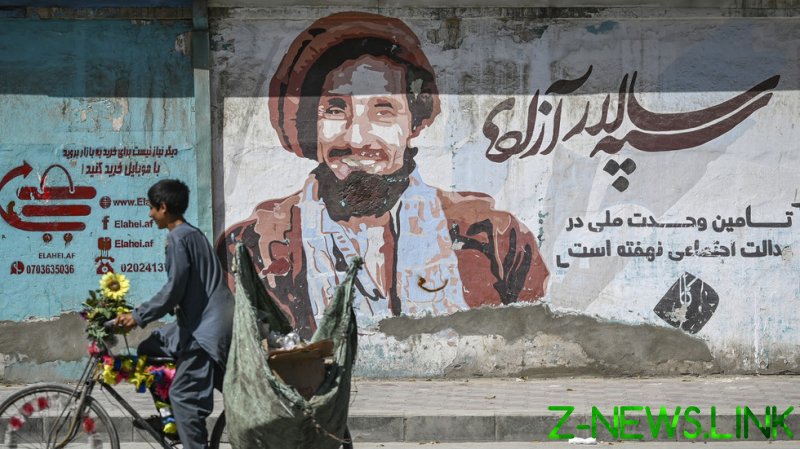 Earlier this week, Taliban spokesman Zabihullah Mujahid declared the war in Afghanistan officially over because the group had claimed victory in Panjshir province. Nonetheless, the situation in that region is currently unclear, and it remains the last stronghold of the resistance, which claims it still controls a strategic position in the formidable valley, located some 150km (93 miles) north of Kabul.

The National Resistance Front of Afghanistan is commanded by the British university-educated, Sandhurst Military Academy-trained Ahmad Massoud, son of Ahmad Shah Massoud, who was killed on September 9, 2001. In a piece published by the Washington Post, Massoud claimed he was “ready to follow in my father’s footsteps, with mujahideen fighters who are prepared to once again take on the Taliban.”

The Panjshir region has been a center of resistance since Afghanistan was under Soviet occupation in the 1980s. That’s why a comparative analysis of Soviet 40th Army operations in the valley back in 1982 would be helpful.

Today, some analysts are predicting the Taliban leadership will have to face similar challenges as they try to control Panjshir and Parwan provinces, and that the conflict in this region may well turn into a drawn-out and violent ordeal.

However, these experts are not considering the fact that, back in the day, Ahmad Shah Massoud’s forces fighting in Panjshir had been equipped with weapons, ammunition, medical supplies, and trained soldiers from several countries that supported the Afghan opposition. In 1982, and during the whole 1979–1989 war period, these were the USA, China, Pakistan (Islamabad basically participated as one of the sides of the conflict), Iran, the Gulf monarchies, and some Western European states.

First, however, let’s remember that, during the 1979–1989 war, Panjshir province didn’t exist. It was established in 2004. Before that, most of the Panjshir Valley was part of Parwan and Kapisa. As we talk about the 1982 operations in the region, we will analyze the strategy adopted by the Afghan opposition fighters at the time.

The analysis is based on the documents from archives of the 40th Army of the Soviet Ground Forces.

The battles near Panjshir and in the valley itself began in March 1982. The most massive was an operation that the 40th Army carried out from February 24 through March 11, 1982, in three provinces: Kapisa, Parwan, and Kabul. The objective was to eliminate “the anti-revolutionary forces”, as they were called in the 40th Army’s documents, and support local governments in their efforts to take control.

The monthly reports about the 40th Army’s operations in the spring and summer of 1982 state that the enemy forces were fighting fiercely. The HQ reported that, in some areas, the mujahideen units were well organized, which meant that smaller groups were united under one control and command.

As the documents state, the fighter groups received modern communication devices from abroad, as well as significant amounts of automatic firearms and anti-tank weapons. In some cases, the enemy deployed mountain guns, recoilless launchers, and mortars.

According to the archives, mujahideen fighters planted roadside mines and bombs manufactured in Italy, the UK, and US. In the spring of 1982, these “roadside wars” intensified along the highways connecting Kabul and Jalalabad, Kabul, and Gardez, as well as Mazar-i-Sharif and Aqcha.

“Intelligence reports claim that the largest rebel group, of up to 2,500 people, was stationed in Kapisa’s Nijrab and Tagab, where the fighters also had 10 warehouses with weapons and ammunition,” the documents state.

Some 6,020 troops were involved in the operation altogether, including 13 battalions of the 40th Army, as well as units from Afghanistan’s Ministry of Interior Affairs and National Directorate of Security.

“During the operation, the enemy forces in Nijrab and Tagab were blocked by the Afghan and Soviet troops on one side, and didn’t have a place to retreat to on the other side – because of the ice-covered mountain ridge. Feeling desperate, the enemy resisted, after trying to flee to the mountains but failing, due to all the snow.”

“However, it must be noted that our losses in this operation were significant as well, and it is difficult to justify losing so many people and pieces of hardware,” the Soviet-era documents reveal.

“When the Afghan troops combed through villages, the enemy units took cover and fought back, hiding in holes, caves, and basements, and then firing at our soldiers as they turned their backs. We had to return and go through the villages and valleys again.”

According to the documents, there had been a lack of reconnaissance efforts, so the enemy’s positions and intentions weren’t detected on time. When the troops were on the move, no cover was provided for artillery and rear units, leaving them exposed to attacks by the rebels. The marching order wasn’t planned well, and the vehicles had no fire cover and were the first ones to be destroyed.

The aforementioned failings and missteps were later taken into account and communicated to the commanders on the ground, with stricter control over task forces and army HQ.

On April 5, 1982, the Soviet Ministry of Defense Task Force based in Nimroz province greenlit an operation aiming to capture and destroy an insurgent supply base in the Rabati-Jali area, which is very close to the borders of Iran and Pakistan, the 40th army documents said. According to the intelligence, there were four arms depots there, guarded by 100 to 150 people.

The plan was to start shelling the base early on April 5 to destroy whatever anti-aircraft defense it had, and then subdue the main insurgent fighting force. In between shelling, 560 troops were to land and destroy the facility, capturing the weapons and ammo. The operation was to be concluded in six hours. However, due to gross errors in navigation, the landing force ended up in Iran, 10km (six miles) away from the Afghan border.

Nonetheless, “in three hours, the forces were transported to the Democratic Republic of Afghanistan (DRA) in the vicinity of the Rabati-Jali base. By the end of the day, they had successfully destroyed the insurgent supply base, killing 174 rebels. Our losses: six troops wounded, two helicopters out of commission.”

The operation in Kapisa province to crush the insurgents and bring the Panjshir Valley under the government’s control started on May 16, 1982. The 40th Army reported at the time that the enemy was resisting fiercely and refused to negotiate with the government. Intercepted radio communications showed the insurgents had a single military command center. Back then, no one in the 40th Army staff knew who Ahmad Shah Massoud was.

The mujahideen had trained snipers, as well as specialists in artillery, explosives and communications, according to the documents, and had become proficient itself at intercepting communications so as to keep an eye on the Soviet firepower.

It was clear that insurgents belonging to different parties coordinated their actions, and even formed bigger groups – ‘companies’ and ‘regiments’ – that functioned like typical army units. After a truce was declared in the Iran-Iraq War, these groups saw an influx of people who had gained combat experience fighting in it.

Based on the political and military situation in the Democratic Republic of Afghanistan by the summer of 1982, Soviet command planned and carried out one of the biggest military operations in the Panjshir Valley, in Kapisa province, involving the 40th Army and the DRA armed forces.

In the 40th Army command’s estimation, there were more than 30 insurgent groups in Panjshir at the time, exceeding 5,000 militants in total. The operation, the main stage of which was supposed to take 20 days, was carried out by 20 Soviet and Afghan companies, comprising more than 10,000 troops. It ended with 5,370 insurgents neutralized, while the losses of the 40th Army amounted to 92 dead and 340 wounded.

Despite the 40th Army reporting such successes, there were more operations that took place in the Panjshir Valley after 1982. The Soviet military inflicted defeat after defeat on the mujahideen, but after its troops left the valley, the situation in Parwan and Kapisa provinces simply went back to the way it had always been, with no submission ever being conceded.

Fighting any war means pouring significant funds and personnel into it. Who is going to help the so-called Afghan resistance led by Ahmad Shah Massoud’s son, who has yet to prove whether or not he is on a par with his famous father? It’s unlikely that what happened in 2001 with NATO, when Ahmad Shah Massoud enjoyed foreign support, will happen again. Without that, the fighting probably won’t last long, and so there will likely be no Panjshir Valley story 2.0.