Much anticipated first presidential summit between Putin & Biden will take place in neutral Swiss city of Geneva, on June 16 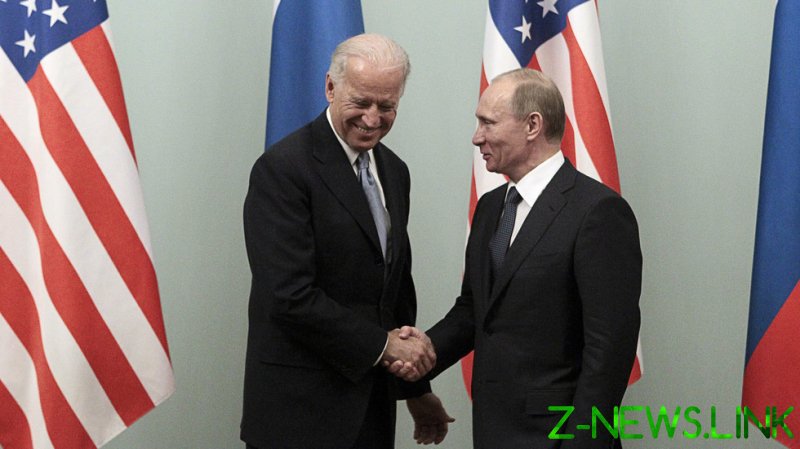 Biden and Putin will hold a bilateral summit in Geneva, the Kremlin and White House both confirmed, on Tuesday. The city hosts many international organizations and often offers a third-party platform for various meetings.

“In accordance with the agreement reached (with Washington), the President of the Russian Federation, Vladimir Putin, will hold talks in Geneva on June 16 with President of the United States of America, Joseph Biden,” the Kremlin announced. “It is intended to discuss the current state of Russian-American relations, and prospects for their further development, as well as issues of strategic stability and topical issues on the international agenda, including cooperation in the fight against the coronavirus pandemic and the settlement of regional conflicts.”

“President Biden will meet with President Putin in Geneva, Switzerland on June 16, 2021,” a statement from the White House simultaneously explained. “The leaders will discuss the full range of pressing issues, as we seek to restore predictability and stability to the U.S.-Russia relationship.”

While it won’t be the first time the politicians will meet in person, all their previous one-on-ones happened before Biden was elected to the White House. The two national leaders have a wide array of difficult topics to discuss, considering that the US and Russia are currently at the lowest point in their relations in decades.

Showcasing the strained ties was President Biden’s remark in March, when during an interview he agreed that Putin was a “killer”. The Russian president responded by wishing his counterpart good health and citing a Russian childrens’ insult-deflecting saying that “whatever you say [about others] is what you are yourself”.

The Biden administration accused Russia of a range of sinister actions, from hacking American computer networks to militarizing the Arctic region to ‘weaponizing’ its vaccines against Covid-19 to hurt the interests of the US and its allies. Moscow says Washington is simply trying to hurt the Russian economy with groundless sanctions and political accusations because it cannot tolerate governments that pursue sovereign policies.