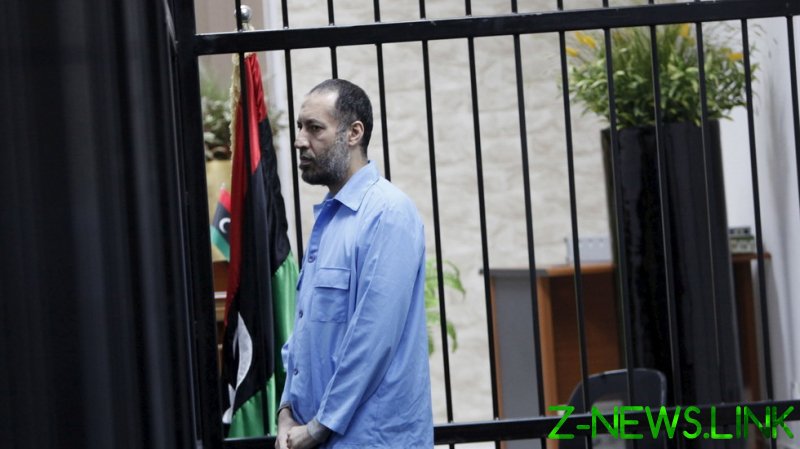 “Saadi Muammar Gaddafi has been freed from prison,” a justice ministry source told AFP. “The chief prosecutor asked, several months ago, for the execution of the decision relating to Saadi Gaddafi as soon as all the required conditions had been satisfied.”

Gaddafi, 48, was cleared of charges of “murder, deception, threats, enslavement” back in 2018, but only released now, apparently as part of a national reconciliation effort ahead of December elections. He was free to stay in Libya or leave but according to an official source cited by Reuters, he chose to immediately depart on a plane to Istanbul.

Libya has seen years of civil war and political turbulence after the 2011 NATO-led intervention ended with former leader Muammar Gaddafi being overthrown and murdered. The fractured country is inching towards a settlement between the Tripoli-based Government of National Accord (GNA) and a separate governing body supported by military commander Khalifa Haftar, which controls the country’s east. Both the GNA and the Haftar-backed administration have agreed to back a central government. In March, Libya’s parliament appointed Prime Minister Abdul Hamid Dbeibeh to lead an interim government until the election.

Gaddafi’s other son, Saif al-Islam, spent six years in captivity but was released in 2017 and remains in hiding ever since. He still faces an arrest warrant in Tripoli on charges of crimes against humanity against the Libyan people – and is also reportedly wanted by the International Criminal Court – but the Haftar-backed administration granted him amnesty. Once viewed as his father’s successor, he is allegedly preparing to stand in Libya’s December 24 presidential contest.