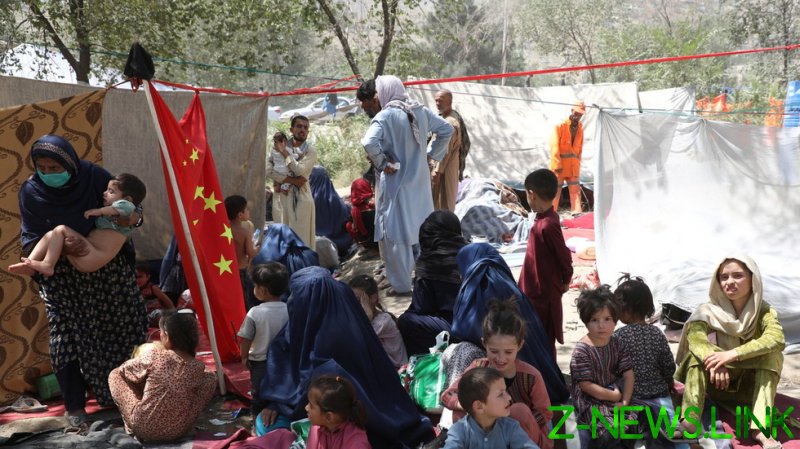 Reacting on Saturday to a Twitter post from BBC anchor Yalda Hakim reporting that women in Taliban-controlled Herat were turned away from their offices and university, Reid called the news “the real-life Handmaid’s Tale.” She added, “(It’s) a true cautionary tale for the US, which has our own far religious right dreaming of a theocracy that would impose a particular brand of Christianity, drive women from the workforce and solely into childbirth, and control all politics.”

Reid was quickly met with pushback for using the Taliban’s rapid recapture of much of Afghanistan amid the US military’s withdrawal to bludgeon her political enemies. The notoriously misogynistic Islamic group cemented its control of northern Afghanistan with its capture of Mazar-e-Sharif on Saturday, and it has reportedly massacred surrendering troops and paraded suspected thieves through the street with nooses around their necks and their faces painted black.

“This is your takeaway – a tragedy unfolding in real time for girls in Afghanistan and you’re concerned about an impossible and entirely fictional scenario that’s never been particularly clever, let alone plausible,” one commenter said. “Rediscover your humanity, please. Afghan girls deserve better.”

Another observer called Reid’s post “utterly shameful, an insult to the fate of Afghan women who are being raped and slaughtered as we speak. Repulsive.”

Reid, who has defended the decision to withdraw troops from Afghanistan, has used similar rhetoric in the past to vilify conservatives. On Thursday, she said Texas Republicans were “putting bounties on women” by passing legislation allowing residents to sue abortion clinics, adding, “This is Talibanism.”

Back in May, she said Texas lawmakers were “creating a warlord state” because they passed a bill allowing residents to carry handguns without being licensed. “By the time they’re done,” she said, “we won’t be Belarus, we’ll be Afghanistan.”

Reid’s latest Taliban smear rang familiar to some observers. “You’re a one-trick pony with this, and it’s getting old,” Republican pollster Glen Bolger tweeted. “Sorry you don’t have enough faith in this country, but I do.”