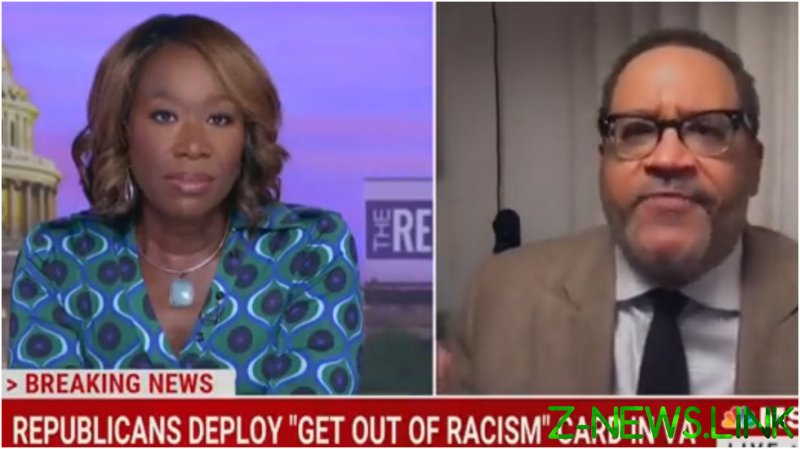 During her show on Thursday night, MSNBC’s Joy Reid insisted Republicans should not tout Sears’ historic election as Virginia’s lieutenant governor this week as a sign of declining racism in the country, or “demand credit any time any of them ever voted for anybody black.” Her guest, sociologist and political commentator Michael Eric Dyson, went even further, condemning Sears as a puppet for “white supremacist” ideas.

“There is a black mouth moving but a white idea through – running on the runway of the tongue of a figure who justifies and legitimates the white supremacist practices,” the academic charged.

After prevailing over Democratic challenger Hala Ayala in the race for the lieutenant governor spot on Tuesday night in a close race, Sears quickly garnered a large following of both supporters and critics, with striking footage of the former Marine firing off a rifle at target practice quickly going viral.

Sears and her team have reacted to critics with unexpected internet savvy and a plethora of memes, including one that mocked Reid as grasping at straws in order to tear down a black conservative woman in elected office.

Reid and Dyson’s rhetoric about “white supremacy” has become increasingly common among left-leaning critics, and the trope was deployed heavily against Larry Elder, a black conservative radio host who ran in California’s recall election and ultimately lost to incumbent Governor Gavin Newsom. Unleashing similar language as MSNBC on Thursday night, the LA Times described Elder as the “black face of white supremacy” in an op-ed in August.