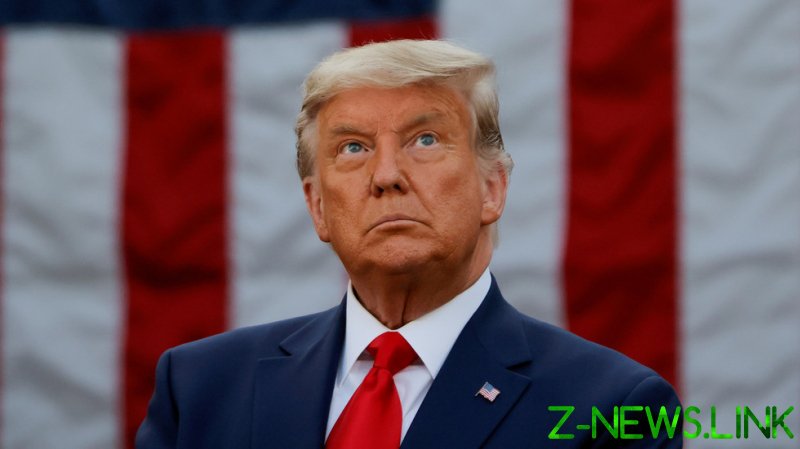 “He won because the Election was Rigged,” Trump said of Biden on Sunday morning, in his latest tweet pointing to allegations of voter fraud. The president then blamed Biden’s apparent win on “NO VOTE WATCHERS OR OBSERVERS allowed, vote tabulated by a Radical Left privately owned company,” as well as “the Fake & Silent Media, & more!”

The Trump campaign is currently challenging the results of this month’s election in court, with lawsuits in multiple states alleging fraud and illegal voting. Though Biden has claimed victory and pressed ahead as president-elect, Trump has not conceded, and has demanded that “every legal vote” be counted.

Still, his description of Biden as having “won” the election was enough for the mainstream media to roll with. Sky News immediately declared that Trump “appeared to concede the US election for the first time.”

A slew of media outlets and Democrat pundits followed.

Trump’s tweet comes two days after he apparently acknowledged the possibility of a Biden administration for the first time. Speaking about coronavirus restrictions on Saturday, Trump said “I guess time will tell” whether Biden is inaugurated in January. His comments coincided with a report from Fox News personality Geraldo Rivera, who said that Trump told him he would “surrender the office” once every legal challenge is exhausted.

Shortly after the media pounced on Trump’s tweet, he followed it up with another, saying that Biden “only won in the eyes of the FAKE NEWS MEDIA,” and stating: “I concede NOTHING!”

Trump remains in the fight, but his chances of success are shrinking. With a recount under way in Georgia, Trump has slammed Republican leadership in the state for not performing a full audit of the vote by checking ballot signatures against voter rolls.

Furthermore, a law firm representing Trump in Pennsylvania withdrew from the case on Thursday, under a pressure campaign from the ‘Lincoln Project,’ a group of anti-Trump Republicans.

On Friday, nine of the Trump campaign’s cases were dropped in key swing states. Trump put his personal lawyer, Rudy Giuliani, in charge of “spearheading the legal effort to defend OUR RIGHT to FREE and FAIR ELECTIONS!” on Saturday.

The final results of the 2020 election will remain moot until each state certifies its vote and sends its electors to Congress in Washington next month. Until then, the election remains a battle of narratives, with the media largely responsible for calling the results.

The results have shifted since election night. Facebook had been referring to Biden as “president-elect” since last week, but by Sunday morning had switched to calling the former vice president the “projected winner.”