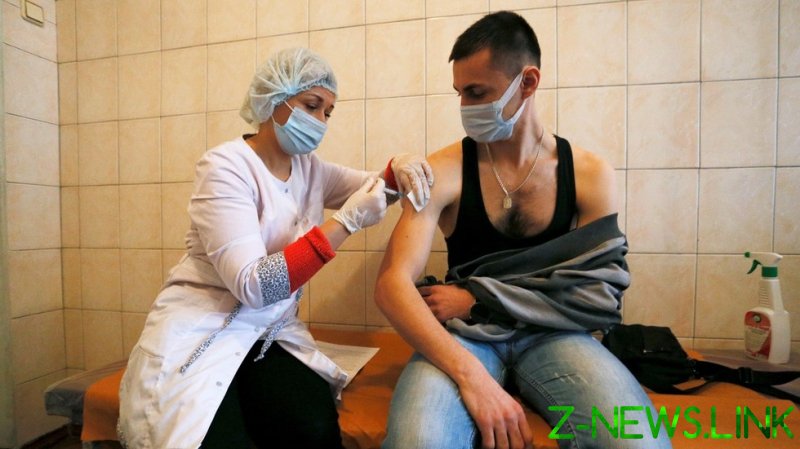 In one of his most poignant performances, back in October, CNN thespian Don Lemon blasted Trump for bragging about the expert care he had received from a team of 14 doctors during his own bout with Covid-19. Lemon accused Trump of “dancing on the graves” of 215,000 dead Americans and said, “most of them didn’t have to die as a result of a president whose deadly dereliction of duty that cannot be erased.”

The central message – Orange Man bad – was automatic during the Trump era, but there was more to Lemon’s soliloquy and others like it. The anchor man was signaling his virtue as one of our intellectual and moral superiors in the media class, and it was clear that he cared deeply about all those lives lost to the pandemic. He cared more than Trump, obviously, and he probably cared more than you, too, Mr. and Mrs. Average American.

Except he didn’t. As we’ve been reminded again this week, America’s mainstream media outlets care about their political and financial agendas, and little else. It’s all about power and ratings, ratings and power – not the people, and certainly not the truth.

CNN, the New York Times and a few other US ‘news’ outlets reported on Tuesday that Russia’s Sputnik V Covid-19 vaccine had proven to be 91.6-percent effective against the virus in Phase-3 trials. Those reports followed the prestigious British medical journal, The Lancet, in publishing test results showing the vaccine to be safe and highly effective.

The efficacy rate was just one of several impressive measures. Sputnik V was slightly more effective, at a rate of 91.8 percent, in patients over the age of 60. Among the 16 people who contracted symptomatic Covid-19 among the nearly 15,000 who were administered the vaccine, zero had moderate or severe cases of sickness. None.

Side effects were rare and mostly mild, such as pain where the shot was received. It helps, too, that Sputnik V is relatively cheap and easy to transport and store. It only needs refrigeration, CNN said.

CNN managed to inject a racial caveat in the story, pointing out the lamentable fact that most of the participants in the trial are white folks, so there’s that. But with Trump safely removed from power, there weren’t many negatives to throw at Sputnik V.

So, with the US death toll now exceeding 447,000, it begs the question: Where has the media been all this time? Sputnik V was approved for public use way back in August of last year, four months before the FDA gave emergency use authorization for the first Covid-19 vaccine made available in the US, the Pfizer-BioNTech inoculation.

But the media mostly pretended that Sputnik V didn’t exist. For instance, the Pfizer-BioNTech product was often reported as the first Covid-19 vaccine – not just the first one offered in the UK and the US, just the first.

On the rare occasions when the likes of CNN mentioned Sputnik V, it was to discredit the vaccine. For example, CNN did a story in December asserting that Russian inoculations were going slowly because of “widespread mistrust.” Sputnik V was being panned in “scientific and medical circles,” CNN explained, because it was approved too quickly for “political and PR gain.”

So the network that has never met a vaccine that wasn’t “safe and effective,” that it wouldn’t promote almost by reflex, saw all sorts of doubt and trouble signs with Sputnik V. CNN even quoted Alexey Navalny’s chief of staff, Leonid Volkov, ripping President Vladimir Putin for giving Sputnik V “the worst reputation among vaccines.”

The telling and non-telling of the Sputnik V story reminds me of a long-ago job interview with an intimidating editor-in-chief. The point he kept hammering – the point I absorbed like a letter from Saint Paul – was that “we are the agent of our reader.” We work with sources, but we are not their agent. We work for a paycheck, but we are not agents of the boss who signs it. When reporting the news, there should be no other agenda or priority that comes before serving your reader. Tell your reader what he or she wants to know and needs to know and will benefit from knowing. And of course, tell the truth.

That quaint notion is dead in today’s mainstream media. If it weren’t, it wouldn’t matter that Sputnik V came from Russia. It wouldn’t matter who was president in Washington or Moscow. With a global pandemic going on – one supposedly so serious that we had to shut down economies, destroy lives and ignore civil liberties – development of the first Covid-19 vaccine would be massive worldwide news. It would be covered with fair scrutiny and a thirst for knowledge.

What might we learn from Sputnik V? Is it safe and effective? How have the outcomes been in the early days of inoculations? Are there lessons that should be learned for the other vaccines under development? Is it good enough that a deal should be made to license it for production and distribution in the US? Is this a time for that global cooperation the billionaires always say we need?

None of those questions were asked or explored, even when there were signs of trouble with other vaccines. Our media sees things only through a lens of self-serving agendas. Orange Man bad. Russia evil. Covid-19 scary. Go cower in the corner while trying to breathe through three masks, but don’t turn off your TV.

Now Trump is gone, and CNN has the 44 percent decline in ratings to prove it. The media can grudgingly accept that Sputnik V is a legitimately effective vaccine. People who die in motorcycle accidents will no longer need to be counted as Covid-19 deaths. The Don Lemons of the world can gear up to cover the dramatic victory over the pandemic engineered by President Joe Biden.

After all, they wouldn’t want to let Putin be the first world leader to stomp on the grave of Covid-19.