MPs collecting signatures for the resignation of attorney General Lutsenko 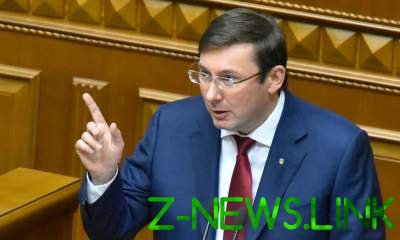 MPs believe that the attorney General is unable to cope with their responsibilities.

In the Parliament collecting signatures for the resignation of Yuri Lutsenko from the post of Prosecutor General. This, speaking in Parliament, said the MP Ihor Lutsenko (Batkivshchyna).

He also said that in the Parliament there are two such initiatives – also Igor Lutsenko made with the same MP Yehor Sobolev (Samopomich).

Reasons for the resignation of attorney General, according to the MP, a lot, in particular – the case of the Maidan.

“Yuriy Vitaliyovych their activities have shown a complete inability to manage the highest body of justice in our state by the General Prosecutor’s office… He was obliged to investigate crimes of high-ranking officials during the reign of Yanukovych,” – said Igor Lutsenko.