MP urged to change the head of the General staff 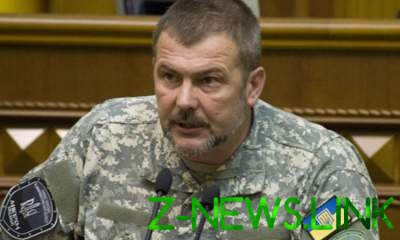 Birch said the chief of the General staff responsible for fire safety in warehouses.

For fire safety in warehouses is the responsibility of the chief of the General staff, and now it’s time to talk about his replacement. This was stated by MP from the faction “people’s front”, the former battalion commander Yuriy Bereza, the TV channel “112 Ukraine”.

“Honor the responsibilities of senior officials for all events. In the first place for fire safety in the Armed forces of Ukraine is responsible to the chief of staff. After Blakley (explosions at munitions depots, located near the town of Balakleya of Kharkov region – ed.) I have a formal request about suspension at the time of the investigation, the chief of staff from performing their duties, ” he said.

“It’s time for a replacement and came to the General staff of fresh blood. A man who is able to actually assess everything.

Strategically, the chief of the General staff had to do a few things following the meeting of the Committee of national security and defense. To do all that ammo first and second category were not in the same area. To place combat-ready brigades that may participate in combat actions against Russian Federation”, – said the MP.

“After the Soviet Union Ukraine has a large enough number of databases. You need to revise and sort what we need today, tomorrow and what we need the day after tomorrow. Stretch along the line of possible confrontation with Russia”, – said Birch.